Georgia recently hosted Peter Szijjarto, the Hungarian minister of foreign affairs and trade. The minister managed to meet with the Georgian business community during his short visit and left the country with the feeling that there is potential for Hungary and Georgia to deepen their economic relations. All this and more became apparent during an interview conducted by Editor-in-Chief of Forbes Georgia Giorgi Isakadze.

Mr. Szijjarto, thank you so much for this opportunity. First of all, what was the purpose of your visit?

Hungary and Georgia enjoy a relationship based on mutual respect and trust. We have no open issues in our political agenda because we do not spend much time lecturing and criticizing each other. We always say that it is Georgians who know best what is good for them and the Georgian government never feels that there is a necessity to tell us how to manage our own lives. So, it is a political relationship based on mutual respect, which is the most important thing because it gives us the opportunity to take advantage of it. That is why economic cooperation is becoming more and more apparent. We work a lot on helping Hungarian companies to be successful in your market, be it the pharmaceutical food industry, water management or the defense sector.

We have opened a credit line of$140 million with the Hungarian Exim Bank to finance business cooperation between Georgia and Hungary. I hope it is going to be used quickly because then we can open a new credit line. As you can see, we support the Eastern Partnership Program of the European Union, of which Georgia is a key stakeholder. We would like to see the successful European and Euro Atlantic integration of Georgia.

Can we say that your agenda mostly was economic?

Yes, you could say that.

At the same time, Hungary is preparing for the chairmanship of the European Council. Was this the main topic of discussion with Georgian government members?

Obviously, we are preparing for our chairmanship in the ministerial commission of the Council of Europe. Georgia is part of the organization, and I know that there are very important issues for Georgia on the agenda. We are working together with David Zalkaliani on these issues.

We have set three important priorities, which I guess are in line with the political focuses of your government. First– the family, the institution of family is somewhat under attack recently. In Hungary, we carry out an extraordinarily strong subsidy policy for families. I understand that family is taken seriously by the government here as well. Second– the protection of Christianity, you Georgians and we Hungarians know very well the significance of the preservation of Christian heritage. Third –the issue of national minorities. We see massive violations of the rights of national minorities, and this is something that we have to curb. Otherwise, these violations can become root causes for further conflict, which we must of course avoid.

Minister, you are traveling from Israel, the most prominent worldwide leader in vaccination against Coronavirus. I am not asking for specific details of your visit to Israel but let’s talk about pandemic itself, how have European countries and how has Hungary dealt with it?

The main reason for our visit to Israel was to set up further cooperation regarding the fight against COVID-19. They have a fantastic track record when it comes to vaccination. More than 5 million people have received at least the first dose out of 9.5 million, which is a huge number. In addition, they are introducing the so-called green card system, this is a kind of COVID-19 passport. We have also introduced the green card system in Hungary. So far, it is only a plastic card because we have not yet made the decision regarding what kind of benefits the cardholders will receive. In our case we understood very clearly that the only real solution to the pandemic is vaccination. As you know, the European Commission launched a centralized procurement of the vaccine, which failed.

Failed, not delayed. You consider it as a failed?

These kinds of delays mean failure because the manufacturers deliver much less of the vaccine, much later and much slower than expected in breach of what was agreed in the contract.

We have thousands of new COVID-19 cases daily. So we cannot wait! So far we have signed contracts with both Russia and China. We contracted altogether 7 million doses, which enables 3.5 million people to be vaccinated. China has already delivered 1 million vaccinations twenty days before the deadline. When 170 people die on a daily basis and the shipment comes twenty days earlier, the benefit is clear. The Russians are doing their best to deliver on time as well. They are at around 70% completion currently. So, we managed the situation through eastern vaccines. If we had not made a deal with Russia and China, then we would be in an unbelievably bad position now.

Hungary was one of the first amongst other countries who started using the Chinese vaccine. Which vaccine is it?

It is Sinopharm, which was already being used in Hungary. In the European Union there are two ways that vaccines can be registered or certified. The first is the ordinary procedure through the European Medicines Agency. The second way is that during a state of emergency, national regulators can issue so-called emergency use authorization. So, our experts went to Russia and China, they checked the procedures and the documentation, they had the necessary consultations based on which they made a responsible decision, and emergency use authorization was issued. So, now we have been using Russian and Chinese vaccines. The Prime Minister himself was vaccinated using the Chinese one. So far what I can tell you is that our experiences have been positive. 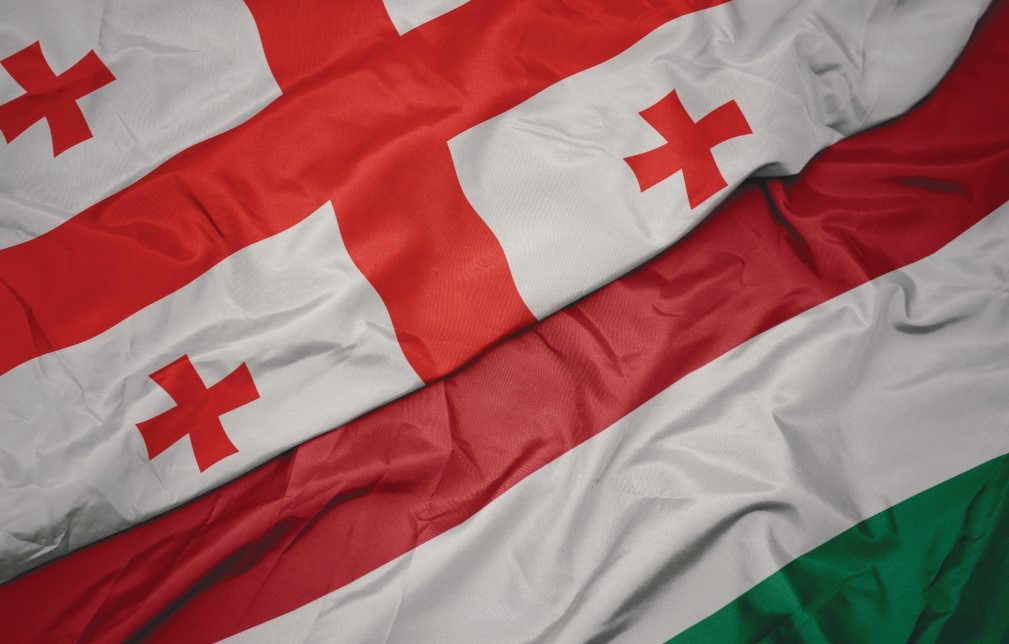 You only had a few hours in Georgia, but you managed to meet with some of the Georgian business community. I had the chance to attend the same event. Your presentation was fascinating. You mentioned possible cooperation between Hungary and Georgia, where we see no political agenda blocking the way. Where do you see space for cooperation, as the head of the ministry that is responsible for all external economic relations – including investment – between Hungary and Georgia?

I think it is obvious that we must take into consideration in which sectors we are successful, where we are brave and ready to offer our technology and products. Regarding the pharmaceutical industry, we are number 19 globally when it comes to exports. Two of the biggest Hungarian pharmaceutical companies are already present in the Georgia market. The next one is civic aviation; obviously here there is a Hungarian company as the market leader in Georgia. They have a big base in Kutaisi from where they cover thirty-eight destinations under normal circumstances. Then we have the defense industry where your Ministry of Defense and our defense research company have cooperated well and tests have already taken place. We have been involved in upgrading the water network of Tbilisi and done the same kind of project in Kutaisi. We respect Georgian cuisine a lot. We respect Georgian agricultural products a lot. We are relatively strong on that front also. So, these are the areas where we have to put the most emphasis on in the future.

You are right! The automotive industry is number one in Hungary. 30% of industrial performance comes from the automotive sector, which is a huge slice. And of course, now the main target is to transform our automotive industry from traditional to electro mobility. We have been making big steps in that direction in cooperation with the five producers that are present in Hungary – among them are Audi, Daimler, Suzuki, and BMW. We were successful to convince them to locate their electromobility related activities to Hungary. If Georgian companies can contribute to the success of the transformation of this industry, there will be a lot of benefit.

This is your fifth or sixth visit to Georgia. Tell us more about Georgia’s geostrategic location. During your private meeting with members of the business community, you mentioned the importance and potential of Georgia within the region. What can Georgia do to attract more in this regard?

For us, the Caucasian region plays an important role because of energy and transportation. You know, energy supply in Hungary is a critical issue. And all of Central Europe, because of the one-sided dependence position, of course. The southern gas corridor represents a new reality. Now, the Southern Gas corridor goes through Georgia and it gives us the chance to diversify our sources and routes when it comes to the gas supply of the country. Additionally, we have made an agreement in Azerbaijan just recently that Hungarian companies will be involved in the reconstruction process of Karabakh. I understand that the transportation corridors that are going to be set up there make more sense. This gives us a chance to invest jointly in the infrastructural development of the region.

Do you consider any sort of joint ventures in Karabakh together with Georgia?

I had seven companies accompanying me to Baku to see how Hungarian companies could be involved. I met the president, the foreign minister, and the minister of public works as well. There we agreed that they have an openness to include Hungarian companies. But I am quite sure that when these Hungarian companies locate their facilities here, they will still need suppliers and subcontractors, which opens the possibility for companies in the region.