The Countries People Want To Get Away From

Migration has become one of the most important and divisive political issues in both Europe and the U.S. in recent years. Even though numerous parties opposed to migration have taken power in Europe while President Trump has continued his quest to build a wall on the U.S. border with Mexico, global desire to migrate has not been deterred.

Gallup conducted a poll to find out where the desire to migrate is highest as well as the most sought-after destination countries. In Sierra Leone, an extraordinary 71 percent of adults would like to move while the share is also a high 66 percent in neighboring Liberia. The U.S. remains the top desired destination for potential migrants with about 158 million adults worldwide wanting to move there. 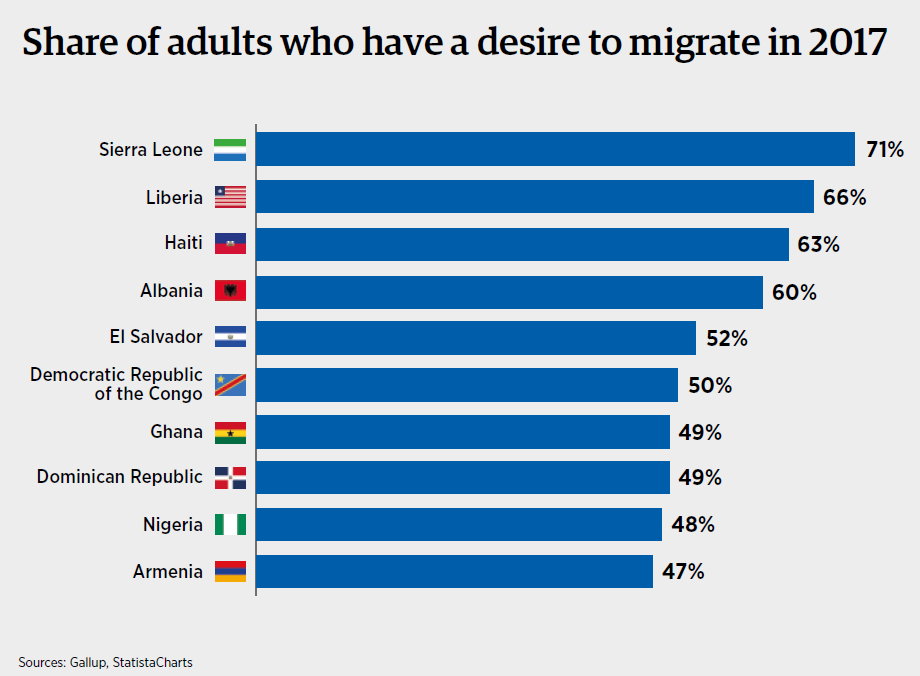 10 Most Expensive Hotel Rooms in Georgia

Why is Agriculture Stagnating?