I want to tell you the story of how I found myself in a fabulous town in France.

The legendary history of this place starts with the ancient Romans, who had a habit of naming locations after well-known individuals. The town was given the name Cognu-Acum after a prefect from Rome. For unknown reasons, the name later evolved intoCognac, and that is how the town has been known since the 16thCentury, before it became world-renowned for its wine and champagne. Demand for the latter grew rapidly, attracting merchant ships from the Netherlands to the region. The area, as well as France as a whole, became a hotbed for the production and export of alcoholic beverages.

According to legend,cognac became particularly popular after it was personally tasted and evaluated by Louis IV who gave it high praise. From then on, the drink was regularly enjoyed at the royal court in small doses and diluted with water. This story is confirmed by nearly every source I have consulted. However, my journey to the town of Cognac was connected to an even older story. My hosts were none other than the Rémy Martin company, who produce the distinguished Louis XIII brand of cognac. They ensured that my love for this drink and for France knows no bounds.

Let us look back at an integral part of the Rémy Martin family and business. Myhosts’ ancestors settled in thearea of Cognac precisely during the reign of Louis XIII. It is, therefore, not at all surprising that one of the finest cognacproduced by the house of Rémy Martin bears the monarch’s name.The history of the family dynasty of winemakers, who originated from the Charente region, also begun in this era. The Rémy Martin company was founded in 1724. It is a known fact that despiteexisting legal restrictions, King Louis XV personally allowed the family to introduce and cultivate new varieties of grapein the region.

The company, of course, has managers; a board of directors; as well as staff from all over the world who work on the brands and wider communication. However, I was surprised to learn that people who Georgians call senior technologists – known as cellar masters in France – occupy top positions in European companies such as Rémy Martin. They are highly regarded and respected across the whole country and industry. Our group of visitors, which included representatives of several influential global media organizations, was lucky enough not only to have acting ‘Senior Cellar Master’ Baptiste Loiseauour side throughout our three-day stay in Cognac, but also we were often joined by his predecessor, the legendary Pierrette Trichet. She shared various stories and experiences with us. She was the world’s first female cellar master (technologist), who held this position at Rémy Martin for eleven years. She remains active in the company as an adviser. Baptiste Louiseau feels comfortable and secure in his role, being strengthened by his own vast knowledge and authority, as well as the priceless experience of his colleagues. Forbes lists him as the youngest-ever cellar master in Cognac. He joined Rémy Martin as a junior technologist and engineer in 2007. It is thanks to Ms Trichet that he acquired the skills and qualifications thatenabled him to rise to the top position of ‘Senior Cellar Master’ at one of the world’s most distinguished and influential alcohol businesses. He often remarks: “I matured at Rémy Martin.”

The two cellar masters told us the story of this renownedbeverage and most of the secrets that make cognac, and Louis XIII in particular, one of the most expensive alcoholic drinksin the world. Prior to visiting the Rémy Martin house in France, I researched my future hosts by exploring various web materials. I was shocked to learn that the price of a 700mg bottle of cognac can exceed $4,000. At the same time, I was conscious of the fact that we are dealing with a drink that has beenenjoyed by the likes of King George VI and Queen Elizabeth, as well as the great politician and cognac gourmand Winston Churchill. It is a well-known fact that Charles de Gaulle celebrated the liberation of France from fascism in 1944 with a glass of Louis XIII.

The oak barrels used to produce cognac make a journey in their own right. The sight of the ancient oak forest and the on-site master class exceeded all my expectations. The hosts showed us the forestry manual from the year 1870, which is being followed thoroughly to this very day. It takes at least 200 years to produce a forest of the kind shown to the media representatives by the senior partners, managers, technologists and other team members from “Rémy Martin”. Therefore, as part of its social and civic responsibility programme, the company constantly works with various French state environmental agencies whoalso gaveus a master class in this field. The visitors made their own modest contribution by planting fortyoak trees. On their part, our hosts at Rémy Martin will add hundreds of trees of their own, laying ground for the growth of a new forest.The story of the barrels starts in the forest, where based on numerous criteria, various observations and research, an oak tree is then chosen to become part of the history of cognac. This part of the production process is a true form of art.

I was not shy to put questions to our hosts whenever I had the opportunity to do so. I asked about the company’s competitors, as well as the competitive advantages of the Louis XIII brand. According to the Global Executive Director of “Louis XIII” Ludovic du Plessis, only the likes of Dior, Chanel and Hermes can compete with the brand nationwide. As for the wine and cognac segment in particular, it simply has no competition. Like all other representatives of the Rémy Martin team without exception, Ludovic left nothing to be desired in his communication with the guests, who represented media more than twenty countries from across the globe. Excelling in her role as our host and speaker was Dominique Hériard Dubreuil – the head of the company’s Board and a representative of the company owners. The presence of Madam Dominique who is often named as one of the world’s most influential women, among the hosts was pleasantly surprise.

The brand itself has a completely different global position in this environment. It is a classic global brand that manages to establish itself anywhere in the world. The love, loyalty and respect towards this brand can be felt far beyond the cognac industry and beyond thisera. Indeed, one of the company’s mottos is to “Think a Century Ahead”. “Louis XIII” leads the way in implementing this motto, while calling upon all of us to do the same. That is precisely why this brand has no competitors in the wine and cognac industry.

In finishing, the following phrase sums up how I found myself and what I’ve learned from my three-day trip to the amazing town of Cognac and the house of Rémy Martin: It is not about volume; it’s all about values. 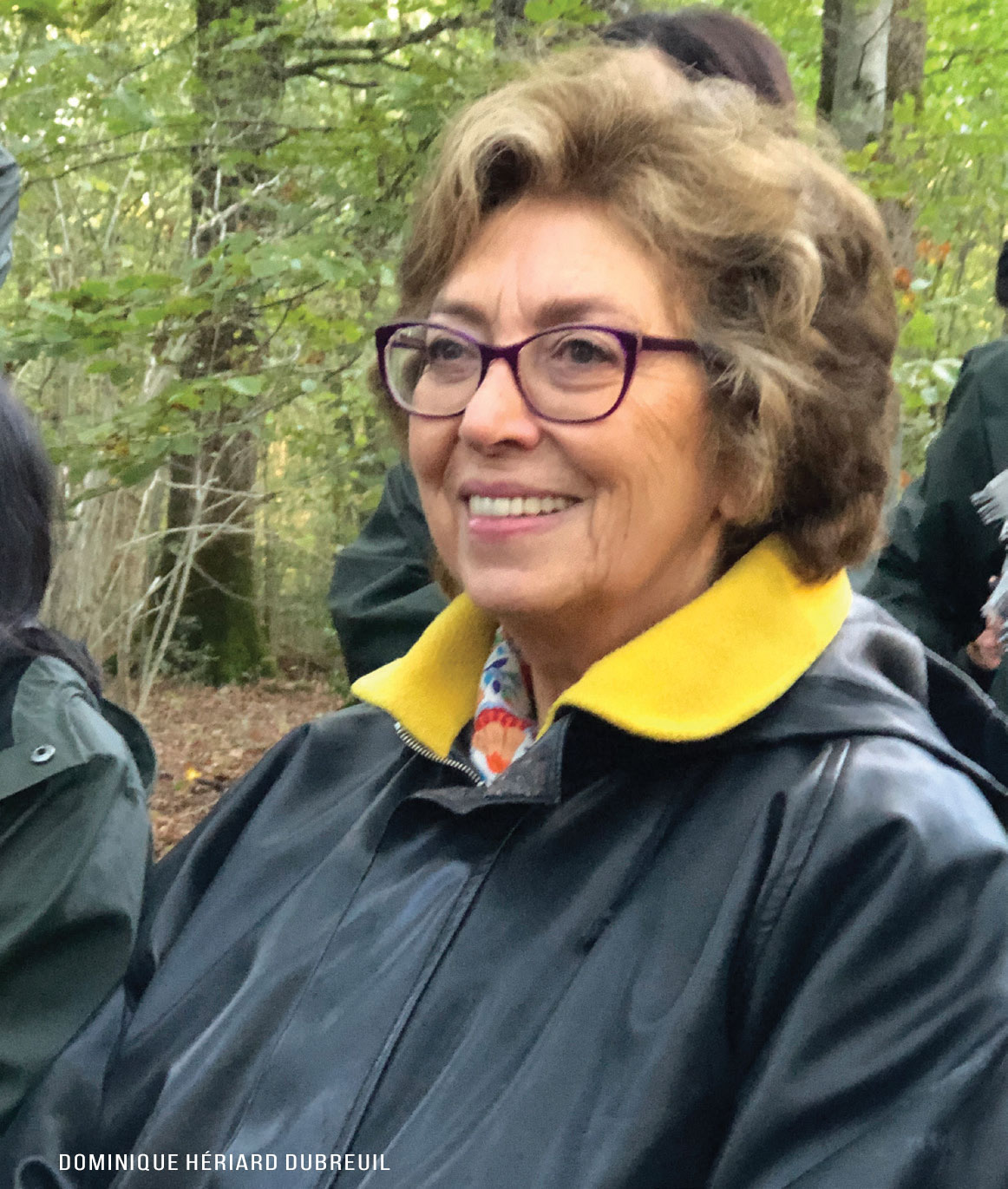 BBC: If you tell Georgians khinkali is not traditional Georgian, they will kill you