Skip to content
Home
All News
Tegeta Motors Was Officially Awarded With the International Award of Groupauto International
The estimated reading time is 3 minutes
Forbes.ge
January 13, 2023 at 2:52 pm

Tegeta Motors was named the winner of World Class Workshop 2022. The company received one of the most prestigious awards in the auto industry for the best truck service center. The official award was presented to the representatives of Tegeta Motors by Robert Stevens, Director of Service Development of Groupauto International.

The award ceremony was preceded by a tour of the Tegeta Central Service Center. Mr. Stevens also viewed Tegeta’s showrooms, modern infrastructure and the renovated Porsche Center Tbilisi building. He then gave a lecture on digitalization of the auto sphere at Tegeta Academy. 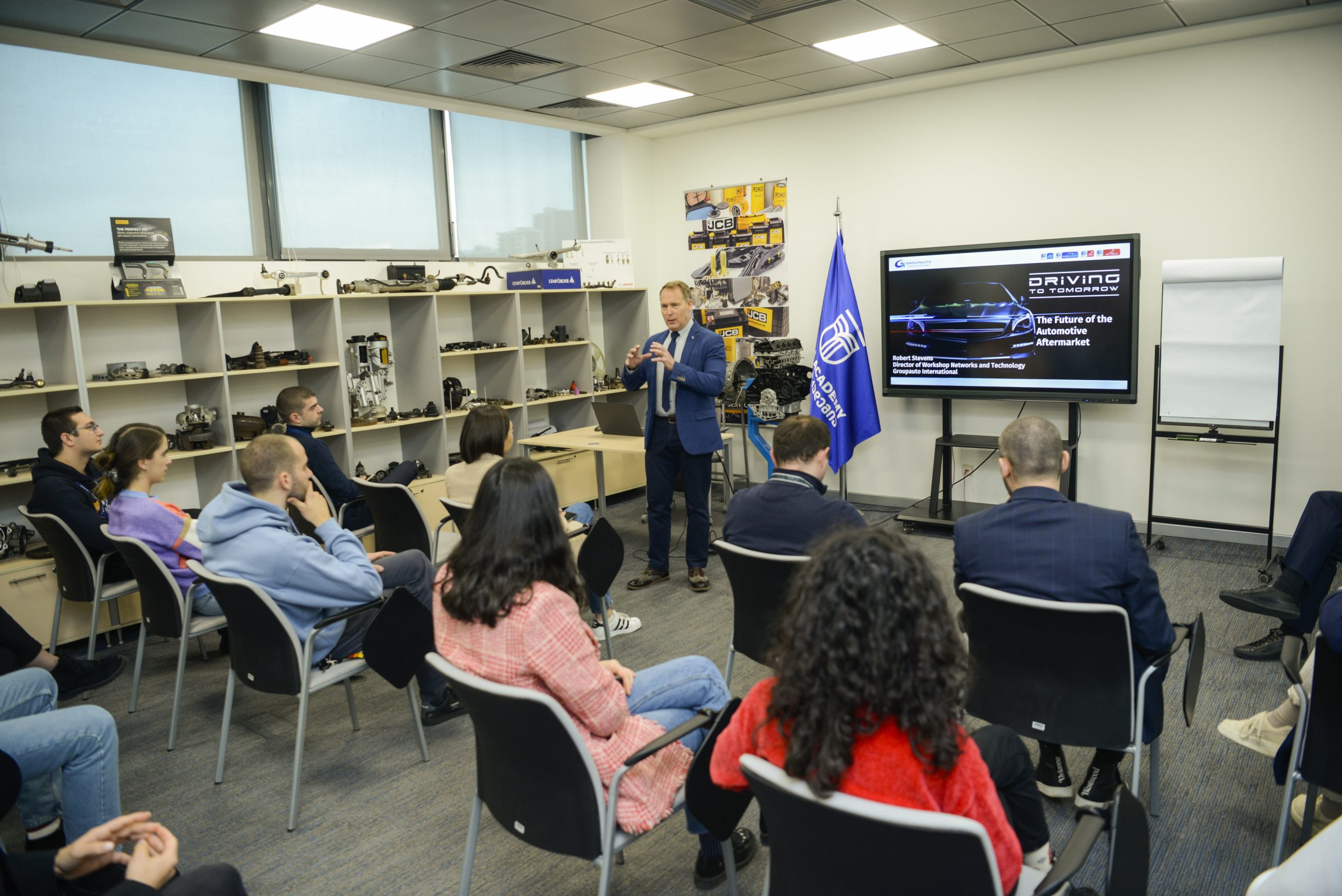 Robert Stevens, Director of Workshop Networks & Technology, Groupauto International: “It was a great pleasure to visit Tegeta, whose service center won the World Class Workshop 2022 award. I had the opportunity to see this high standard service center with my own eyes. We visited the showrooms and workplaces, and saw the equipment and modern devices. Seeing 44 worckbases in one location impressed me a great deal. In our association, Tegeta Motors is the largest network, offering a complete, high-level service worldwide.”

Up to 2000 member companies of Groupauto International competed with Tegeta to win the prestigious award, and it was the Georgian company that achieved victory and won the award, which was handed over to the central branch of the Tegeta Motors truck department.

Archil Dzidziguri, head of the business development department of Tegeta Motors: “We are proud that the victory among the leading countries of the world went to Tegeta. We see it as further recognition that allows us to take up a worthy place not only in Georgia, but also on the world map of the automotive field. This victory, along with giving us motivation, is also representative of our sense of responsibility to maintain high standards and the trust of our customers and partners.”

Tornike Chakhvashvili, director of Groupauto Caucasus: “The main goal of Groupauto Caucasus is to introduce and develop modern services in the region; to make the latest technologies and licensed products of the auto industry more readily available. We are thrilled that the leading company of the auto industry, Tegeta, received the highest rating in the field of trucks. Customer and car service, branding and marketing – under these criteria, the best ones were identified, among which Tegeta Motors achieved global success.”

Investment in the central branch of Tegeta Holding amounts to $25 million. The territory covers an area of 27,000 square meters. The multi-functional service center of Tegeta, the holder of the international award, has been serving customers since 2008, and is the largest center in the region. The company’s mechanics, who undergo a special training course twice a year, provide respective services to up to 100 truck owners each day. The necessary technological equipment for repair works changes according to modern trends, and the inventory is regularly updated with tools and equipment produced by the world’s leading brands, including BOSCH, HOFMANN, TEXA, TOPTUL, OMCN, KOCH, and FLEXBIMEC.

In the Tegeta Motors’ branches, customers are served by qualified mechanics equipped with ultra-modern tools. The company owns 31 service centers throughout the Caucasus region, where services are available for light, truck and special purpose machinery.

About Tegeta Motors: The leader of the auto industry, Tegeta Motors has been operating in the Georgian market since 1995. It offers customers a full range of auto services, including light vehicles and trucks, buses and minibuses, as well as special purpose machinery. The company has 28 branches across the country, serving up to 400,000 retail and 35,000 corporate customers. Tegeta Motors represents approximately 300 world brands in Georgia, including Bridgestone, Michelin, Varta, Shell, Motul, and Hengst.

Singular Marks One Year as Being Part of the Flutter