Commodity trading is on the cusp of digital disruption and Blockchain Mercantile Company based in both Tbilisi and Istanbul is planning to lead the transformation with decentralization and distributed ledger technology.

The multitrillion US Dollar industry has a well-documented fraud problem that costs the industry billions every year. Many intermediaries and speculators have weighed in on traders’ profits, capitalizing on the problem of fraud in commodity trading. While some companies go as far as using artificial intelligence to identify fake documentation, blockchain technology and tokenization present themselves as a much more efficient and secure alternative.

Blockchain Mercantile Company is developing a proprietary blockchain (MBX Chain) for commodity trading with Nexus Blockchain infrastructure. The transaction settlement system developed on MBX Chain will replace traditional settlement systems with costly and centralized intermediaries who are supposed to mitigate fraud and facilitate payments, as well as integrate decentralized trade financing and insurance.

Additionally, MBX Chain will have an integrated decentralized order-book based non-custodial marketplace platform called Mercantile Blockchain Exchange (MBX) on which industrial as well as speculative market participants can trade tokenized commodities and other digital assets peer to peer. Users will be able to access all these services through a simple and user-friendly interface. 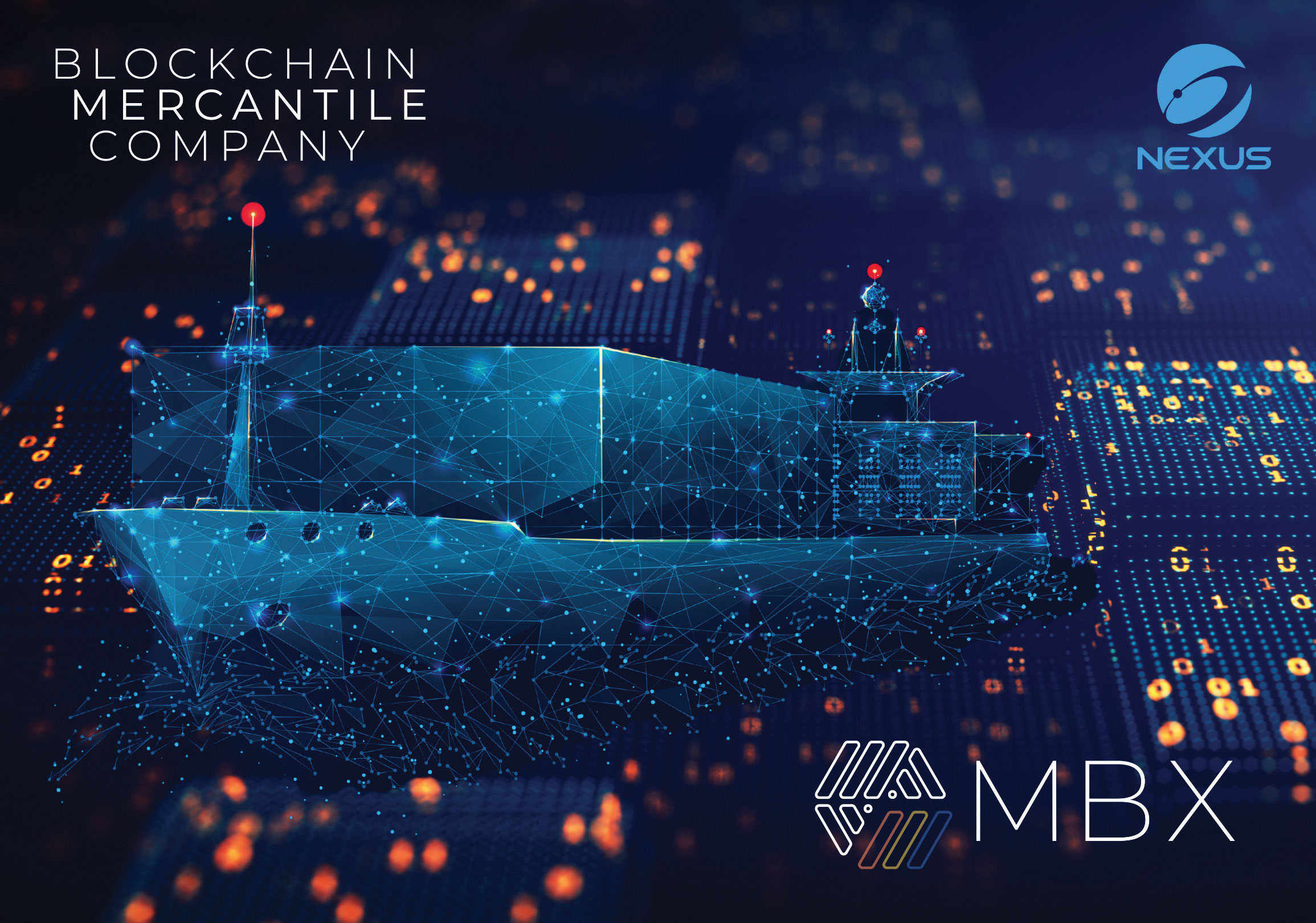 THE LAUNCH OF THE FIRST MBX E-COMMODITY

While MBX Chain and its decentralized applications are still under development, Blockchain Mercantile Company has launched a pre-sale for its first tokenized commodity: Ultrafine Copper Powder MBX (UCP MBX). Each token is backed by 1 gram of high purity ultrafine copper powder stored duty-free in Switzerland. The assets are tokenized on various blockchain networks including the Nexus Blockchain and will be available for transfer to MBX Chain once it is launched.

“The diligent tokenization of warehouse receipts and their underlying assets is the best solution to fraudulent warehouse receipts,” says Sven Köksal, founder and managing director of Blockchain Mercantile Company. “Furthermore, the tokenization of commodities allows for the use of decentralized applications, smart contracts in transactions relating to underlying assets and presents more flexible transaction possibilities.”

Digital assets on blockchains cannot be forged and so market participants can be sure that every unit is real. Blockchain Mercantile Company thoroughly inspects the physical assets with the help of various third-party assayers before taking them into safekeeping further ensuring that every digital unit is backed by what it is supposed to give ownership to. Currently, the physical commodities backing UCP MBX are stored in a duty-free safekeeping facility in Switzerland, however, Blockchain Mercantile Company plans to work together with logistics centres in Georgia and many other locations across the globe.

Much like stock pre-IPOs, the presale offering of UCP MBX presents itself as a rare opportunity. To make up for an initial lack of liquidity, Blockchain Mercantile Company is selling UCP MBX at extraordinarily low prices during the presale and consequent sales (with prices increasing with every sale in the Initial Token Offering).

Blockchain Mercantile Company already has over $600 million in commodity assets under management (based on the UCP MBX token price during the Initial Exchange Offering of UCP MBX). Furthermore, Blockchain Mercantile Company is in the process of acquiring new suppliers to tokenize their commodities and announced that they will launch tokenized gold in the coming months.

WHAT ASSET TOKENIZATION IS AND THE BENEFITS OF MBX E-COMMODITIES

Tokenization is the process of attaching ownership of real-world assets (like metals) to a crypto token. This can be done by digitizing what would usually be a paper document. Asset tokenization has a number of advantages, ranging from improved efficiency to more flexibility, and ultimately, security. Simply put, the advantages of tokenization are the same as the advantages of cryptocurrency. A cryptocurrency provides increased liquidity, substantially faster transaction settlement times, and security. The same can be said of tokenized assets, and maybe there are more benefits when considering the added possibilities of smart contracts and decentralized applications.

The leadership of the company composes of Sven Köksal, a German-Turkish national with a proud Georgian heritage and roots from the historical Tao-Klarjeti (Artvin) region that now belongs to Turkey; Irakli Gobejishvili, a native of Tbilisi and a longtime emigrant with a fondness for his country; and Alex Gazar, an Armenian-Swiss living in Zurich.

The management board of BMC is a true Caucasian union, and their achievements range from graduating from top universities such as Georgetown to working as a successful IT consultant, as a research fellow at a prestigious political Think tank and as a legal consultant for a leading law firm in Turkey and Germany.

Sven united the friends to not only promote Georgia’s pro blockchain and pro-crypto business atmosphere but also to truly maximize the potential of the economic development of the Caucasus region; aiming to contribute to the Georgian national vision of becoming the “Luxembourg of the East.” The MBX platform is registered in Georgia partially due to those reasons.

“The new German government recently announced the importance of implementing Blockchain-based products in its national economy. Georgia is in a position to follow this trend through companies such as BMC, who attract interest to Georgia as a potential regional hub for blockchain and crypto in the long run,” says Irakli Gobejishvili, the Director of Business Development at BMC.