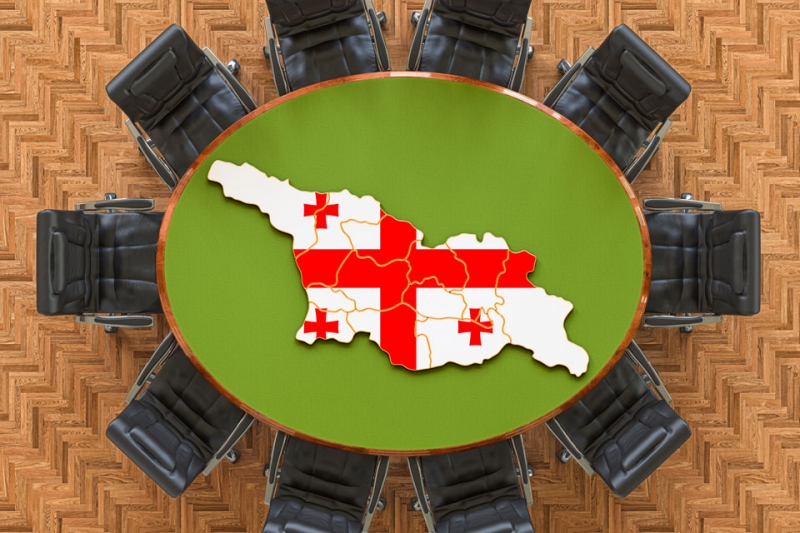 Global shifts, caused by the crises of all sorts, besides its dire consequences always have been an opportunity for courtiers to reshape their statecraft process. Ones, who did it successfully, have guaranteed the security and prosperity of their nations for many decades. There are ample of those examples in recent history. The current COVID-19 pandemic and its tectonic effect could be considered as the catalyst of the economic and political processes that the world was approaching slowly. While one can argue that pandemic caused the unprecedented economic pause, it is oblivious that geopolitics has not stopped – just the opposite, some processes have been accelerated.

Georgia, as the small, economically fragile emerging democracy has an existential challenge of navigating these uncharted waters. The major dilemma is ether attempt to return to the shore it departed from or try to find a new destinations with more promising opportunities of ensuring rapid development, prosperity, and security of its citizens.

Even being in the midst of the pandemic, it is obvious that Georgia’s existing economic model in the post-pandemic world will be neither effective nor relevant. The question is where to navigate?

For this Georgia needs a compass – New Grand Strategy (I would argue it is a bit overdue).

What is the grand strategy? According to the Encyclopedia Britannica grand strategy is “a country’s most complex form of planning toward the fulfillment of a long-term objective. The formulation and implementation of a grand strategy require the identification of a national goal, a thorough assessment of the state’s resources, and, ultimately, the marshaling of those resources in a highly organized manner to achieve the goal …it also requires a concerted effort on the part of a significant segment of society … a measure of national consensus or at the very least, the absence of general resistance to its goals”.

The primary goal of this kind of grand strategy for Georgia should be threefold: the first, to break with its economic past (as many in the region or globally will do), find a better place on Global economic map for more sustainable and rapid economic growth; The second, ensure to be firmly anchored to the West and to have the support of strategic allies to become a NATO member – a choice that has no alternative. The third, reinforce bilateral strategic partnership and alliances based not only on common interests but also on common values.

Besides the economic, security, and diplomatic pillars grand strategy incorporates a psychological dimension that is reflected in the morale and determination of the nation. This can be described as collective self-confidence to achieve the desired goals of national consensus. Once, being labeled as the “beacon of democracy” in the region, not only Georgia’s self-confidence in successful statecraft has been boosted, but also it had a significant psychological spillover effect on regional countries.

In the post-pandemic world, there will be few important priorities for rearranging the global economy in the field of finances, trade, domestic politics (ESG – Environment, Social Governance), and foreign relations. A new global economic map will be marked with the shift of production and supply chains from China in home countries or closer to the consumers. This would require diversified multimodal logistical networks with the localized processes of manufacturing, thus creating the opportunity to absorb more developed, highly skilled local labor force as well as R&D and innovation capabilities.

Considering the increased security implications of those economic processes, every decision will be scrutinized through the prism of national security, and priorities would be given to the strategic allies. Georgia’s competitive advantages are its geography, strategic partnership with the US and EU, and good track record of being reliable security partner.  Part of the strategy should be further investment in the logistical infrastructure of all sorts as well as warehousing capabilities and human capacities to seize the current supply chain reshuffling momentum. Besides the legal, tax, soft infrastructure, and other similar incentives, increasing the skills and further development of the labor force, able to meet the demands of new automated technological processes would be decisive. New normal for Georgia’s post-pandemic economy from short to long-term perspective should be acquiring the regional logistical hub function with a higher degree of security of critical infrastructure; further, developing automated manufacturing clusters of the industry; and finally evolving into the technology-driven industrial economy.

Georgia is well-positioned regionally to utilize this potential at a maximal extent. Strengthening military mobility in the wider Black Sea region has been an important component for the Russian deterrence and European security. There need to be a more rigorous security environment regarding policy decisions. Georgia could not be enjoying a strategic partnership with the west while increasing its economic, energy, and financial dependence on Russia, or providing easy access to critical infrastructure, information and technologies to Russia and China.

Even before the pandemic key strategic partner of Georgia, US Secretary of State Mike Pompeo warned the Georgian Prime Minister publicly to enhance the relationship with free economies and prevent from falling prey to Russian or Chinese economic influence.

Georgia’s most significant security complication is the ongoing Russian occupation of its territories accompanied by all the other means of hybrid offensive, including propaganda. Russian hybrid strategy aims to amplify existing systemic Georgia’s problems of informal governance, free and fair elections, an independent judiciary, political prosecution, media freedom, and corruption to subvert Georgia’s statecraft process. Unfortunately backslide has been obvious recently. Developments regarding the Anaklia deep-sea port could be viewed as an example of a combination of all the abovementioned challenges.

Covid-19 pandemic once again stimulated the strategic rethinking of the regional economy, reviving the Importance of so-called middle logistical East-West corridor from Europe to Asia, connecting through the Black Sea to the Caspian Sea and further to Central Asia. This corridor (once labeled as Northern Distribution Network (NDN) South) has effectively functioned in support of ISAF operation and partially for the retrograde transit of the military equipment. It has increased the importance of other strategic infrastructures like Anaklia deep-sea port, Baku-Akhalkalaki-Kars railway, airfields, highways, and storage facilities as well as highlighted the necessities of close strategic partnership among the regional countries. Georgia’s close Geographic proximity and political association with the EU– one of the most strategic consumer of goods, marks the immediate importance and opportunity for acquiring logistical hub function for Georgia.

Designing the grand strategy is not just pulling together a nicely drafted plan of actions or emergency response. By contrary, the emergency response only could be efficient if there is the Grand Strategy. It is the most sophisticated political process of statecraft led by the “grand” leaders with “grand” vision, able to build national consensus and implemented by the functioning and holistically collaborating institutions.

There is a risk for Georgia to miss this historical opportunity.  As many times in history, oversized governmental measures including the limitations on basic rights for the sake of immediate crisis responses could serve as the “foot in the door” for socialist or authoritarian inclinations with the colors of populism. Growing roots and lifespan of the Grand strategy process are longer than calculations of any particular politician. That is why it could help Georgia to avert the post-crisis traps. Therefore it is up to the Georgian citizens to participate proactively in the political process, apply its collective intelligence and wisdom, and design their own Grand Strategy by making everyday choices and decisions.