"Co-founder of TemplateMonster.com, one of the largest marketplaces in the world. He is a top speaker in all big four largest IT conferences in Ukraine and Eastern Europe, TedX speaker, evangelist of adaptive marketing in Ukraine". 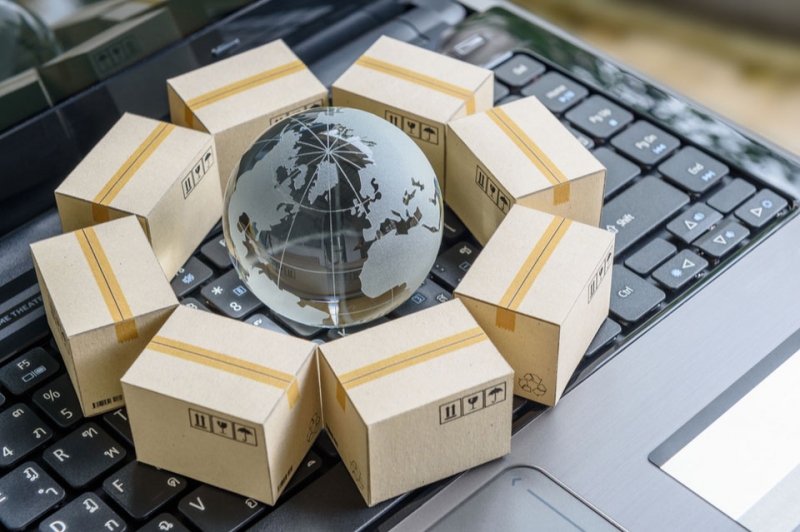 The insurance industry is deemed as conservative. While the other spheres were joining the digitalized movement, the insurance was quite reluctant about innovations. The archaic approach resulted in the inability to cope with the major challenges, and fraud appeared to be the toughest. Cutting-edge technologies can make a change.

Fraud is like a natural disaster: intrinsic to the nature of the business (and human psychology) and hard to anticipate by definition. Insurance fraud is now often seen as a victimless crime. The inability to accurately predict fraud means companies cannot evaluate premiums on an individual basis. Ultimately, the insurer faces the necessity of raising everyone’s premiums across the board. For the longest time, this sustainability has been hostage to a cycle of fraudsters sabotaging the system and honest customers covering the losses.

In a world of growing technological excellence, the pressure to evolve and change is mounting. For example, Deloitte’s research into motor insurance has shown[1] that clients are growing more and more willing to switch from established insurers to more innovative proposals – a likely sign that consumer patience with the traditionalist approach is wearing thin. Insurance history is rife with seven-figure fraud schemes that could have likely been prevented by updating tech standards to the modern era. Let’s take a look at some telling examples.

Mikhail Zemlyansky aka “Russian Mike,” was a gambling man: both by character and by initial profession. He was an outstanding poker player, cleaning out tables left and right in Texas Hold ‘Em. Yet when it came to crime, Mike apparently failed at perfecting his poker face.

In 2012, two undercover policemen managed to reveal Mike’s $275 million car-insurance scheme that prosecutors called “the largest auto insurance fraud scam in history”. The scheme aimed to milk the insurance system for $50,000 in medical benefits to every accident victim. An especially devious aspect of the plan was how it found a new way to manipulate the law, confounding judges, lawyers and prosecutors alike.

The criminals established clinics in the name of real doctors, paying the medical professionals $10,000 a month just to sign bogus documents. And while the fraudsters made bank, the patients were offered a pittance: a mere $500 fee to falsify their injuries at the cost of numerous unnecessary treatments. Spicing up the already ambitious affair with money laundering and personal injury lawsuits, the fake clinics billed insurance offices around the nation for $275 million, eventually putting $113 million directly into their pockets. After four years of court battles, Mike Zemlyansky was sentenced to 15 years in prison.

The conclusion of this story was not about Mike and his crooked friends being brought to justice. It was about the consumers taking the financial blow of over $100 million. In the end, Mikhail Zemlyansky was defrauding not only the corporations, but regular hard-working Americans. Most people involved in sorting out the consequences were left asking themselves: how could anyone have foreseen or cracked a network so large and complicated before it did all this damage?

In 2018, we’re starting to see some answers to this question.

Bernie Madoff – the virus in the system

Bernie Madoff’s case isn’t about insurance fraud per se, but it highlights some important cross-industry problems. For a time, Madoff became a household name in the U.S. His Ponzi scheme was one of the most arrogant deceptions ever seen by the public. It should have been a wake-up call for numerous industries. It wasn’t. The major consequences of Bernie being caught seem to have limited themselves to the American Securities and Exchange Commission that set up new safeguards for investors. And even that took nine years.

There are two key takeaways from Madoff’s large-scale pyramid. They apply to any business that deals with finances and technology:

Point #1: Human auditing is vastly fallible. Accounting and analysis done by people against other people is an uphill battle. The old maxim “it’s easier to destroy than to create” transfers naturally into “it’s easier to breed chaos than to unravel it”. That goes double for financial matters.

Point #2: Without technological empowerment that can stand above the flaws of human thinking, crime will always outstrip protective measures. Where technology has triumphed, crime has gone down. Where technology lags behind, crime remains dominant. With the rise of digital surveillance and communication, bank robberies are now exceedingly rare. Yet in the low-tech realm of shoplifting, it’s nearly impossible to institute real defenses. Why? Mostly because there’s no large-scale, cost-effective tech solution.

Let’s look at these two points through Madoff’s Ponzi example.

The auditing. Harry Markopolos warned the SEC about Madoff back in 2000. It took him nine years to convince the regulatory agency. During this time, Bernie’s crimes reached a truly epic level. The list expanded into mail fraud, money laundering and wire and securities fraud. By the time he pleaded guilty, his fund had gathered a bank of $64.8 billion.

So, where was the auditing? Where was the financial analysis? Well… it was around. Government agencies employ their fair share of accountants, analysts and auditors. Yet they were too slow to catch the largest fraud pyramid in history. Part of the reason were the outdated regulations that fail to catch up to crime. This was illustrated by the case of Russian Mike who “innovated” the methods of swindling the legal bureaucracy. Another part of the reason are the natural limitations of human analysis. And here we reach our second point.

Without technology, crime evolves faster than the corresponding protective measures.

Harry Markopolos believes that poor regulation is the reason for systemic financial abuses. This poses a natural question: regulation is all well and good, but how do you enforce laws against something as widespread and chaotic as fraud?

The insurance industry faces numerous hazards that cannot be managed conservatively: cross-risk exposures are impossible to measure by employing a few office workers. And the grotesque irony lies in the fact that poorly run insurance companies are very close in nature to Ponzi schemes. However, they have no problem going public and fly under the radar of all regulations.

But none of this is the scary part. The scary part is this: despite Madoff’s example, despite the warning signs and the need for a wake-up call, the safety measures against fraud haven’t improved. Markopolos, who now works as a forensic investigator, says that multi-billion-dollar fraud schemes continue to rise. He is also convinced that they can’t be stopped by traditional means. Without tech empowerment, neither private companies nor government agencies can hope to fight the multi-headed hydra of financial crime.

Technology is the solution

It’s obvious that fraudsters’ skills are improving worldwide. “Why?” you may ask. There is no mastermind, there is no grand plan. Simple: crime isn’t hampered by bureaucracy or comfort zones. It makes fast use of new technology, while the insurance industry fails to raise its standards in response.

«Here’s a serious contradiction to think about: the insurance industry is known for its conservative nature. On the other hand, the primary mission of this business is to understand and manage risk. The world has evolved past archaic methods of analysis and risk assessment, we now desperately need digital interconnection to transform the playing field. Insurance clients have grown accustomed to the safety and convenience that the IT service revolution has brought to the consumer market. They want to see pay-on-demand services, real-time services and apps that don’t require you to stay on the phone with a human consultant for hours. Today, we have the power of AI, and IoT at our fingertips. These technologies can bring the industry to a new level, meet the needs of clients and surpass the methods of fraudsters.» — says Genadi Man, CEO of Kasko2go.

The traditional anti-fraud measures are obviously inadequate. A proactive stance is the only option. What the industry lacks is a fraud detection strategy… and as long as the crime is multifaceted and complex, we need a combination of tech methods. An approach centered around large-scale data gathering can provide the industry with more accurate fraud detection. Predictive modeling that analyzes past information on drivers can assess the likelihood of future scams. The technological framework behind this option uses the combo of data-mining and scrupulous quantitative analysis.

For example, Genadi’s company, Kasko2go, uses a similar approach to understand their clients: 5 years of being Google’s telematics supplier has allowed them to gather data on the driving patterns of millions of vehicles. This provides an unprecedented level of insight into driver behavior. They back this up with analysis by a military-grade AI and distributed ledger transparency.

This example highlights what insurance services could become in the near future: efficient, intuitive and tech-empowered. Fraud is a massive bubble that has been growing through the decades, unchecked by scientific progress. It significantly undermines the five-billion-dollar insurance industry. Yet ultimately, technological innovation is likely to be the reason for this bubble to burst. Change is coming… and it’s coming fast.