Skip to content
მთავარი
ბლოგი
“Now is not the time!” 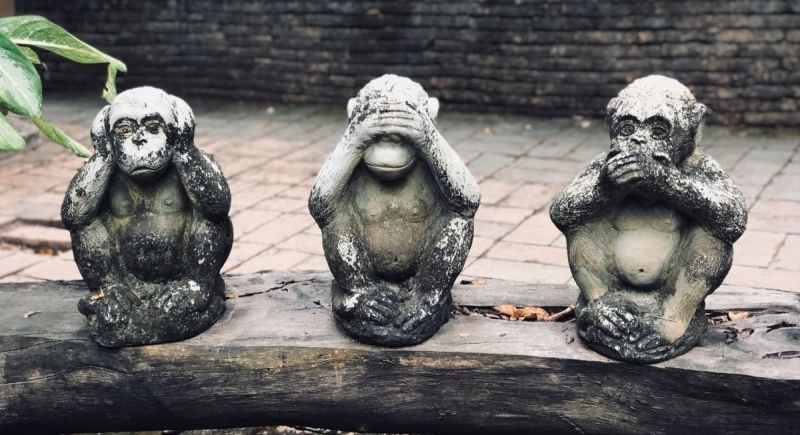 How to build democracy with non-democratic parties.

What should come first, independence or democracy? – There was such a well-known dilemma in Georgia 30 years ago. Many freedom fighters believed that we should first obtain independence and only after that we can afford the luxury – yes, the luxury – of democracy. Those who disagreed with this thesis or tried to advance the opposite opinion were dubbed all but traitors by the national liberation movement (which soon proved to be full of KGB stooges). Those who said that the dilemma was false, as democracy and independence are no hindrance to each other, and that these goals should not be arranged in sequence of priorities as they are not mutually exclusive, were regarded as not very serious idealists.

Three decades and three full-fledged eras have passed: We came through the dark and cold 1990s scarred by wars and deaths, hunger and helplessness, corruption and crime. We came through the decade of reforms and speedy transformation dubbed “bloody nine years” by clever propagandists, during which Georgian reached the top level of self-actualization on Maslow’s pyramid.  And finally, in 2012 we “restored justice” and reverted to our “traditional” laid-back lifestyle with all concomitant consequences.

But do you think anything changed? Not much, comrades! –

The players visible on today’s political scene say that “the main thing is to end the oligarchic rule” and all the rest must be dealt with “afterwards”. Any talk about the severe lack of internal democracy in political parties, about the pragmatic short-sightedness of moral and principled compromises we are witnessing, about the attempts by the Mass Media on all sides to create an artificial political reality and about special interest groups is dubbed a “stab in the back” or playing into the hands of the oligarch and is stonewalled in an organised manner based on the “now-is-not-the-time” argument.

“Now is not the time” has become the simplest way of turning a blind eye to problems, silencing the critics, and maintaining the current unhealthy conjuncture for the benefit of a few – the method which has been used for many years and several electoral cycles now.

At the same time, those who preach that “now is not the time”, never tell us when and under what circumstances “the time” to talk about the problems is going to come.  They probably mean that such time will come only after the change of government.  Besides, the counter argument is that the government cannot be changed unless we talk about the problems which have kept people from succeeding.  There is also a risk that in this process one can become so similar to the current ruling elite that the meaning of the change people seek will be reduced to replacing personalities, not curing the vice-ridden system, which is in the interests of a few individuals alone.

Let us assume for a moment that the government has in fact been replaced, do you think “the time” will come then? Of course, not, dear friends – they will again say that “now is not the time” since now we must build the country. And this situation will persist until they get away with it. Thus, it is not about the “time”, it is about maintaining the status and the privileges.

…About 10 days ago, representatives of the Georgian political elite struck an unprecedented deal with each other.  It is a deal that satisfies the whole political class, as it creates a prospect that everyone from the political elite will get a few shares of a joint-stock company called Georgia.

In this light and context, it is ever more important to hear what this article has to say:

It is not only the Ivanishvili family’s clannish rule and the semi-feudal system based on blind obedience that hinders democratic processes in Georgia but also the nonexistence of internal democracy within Georgian political parties.  A single person effectively makes all decisions in each main political party in Georgia.  At best, that one person is aided by a small group of people (often not officially members of a party), who are close to the ruler at a given moment.

There are no objective criteria and mechanisms for personal advancement in the parties. Persons “elected” or appointed to party positions are often unable to exercise their duties, nor do they have an ambition of doing so. Perhaps it is precisely for this trait that the real decision-makers have them “elected” or appointed.

So-called “avatars” can often be seen in key party positions. These are people who look solid, speak well and bear all traits of a real politician, but who tell us nothing and convey no emotions because everyone is aware that they are just avatars – temporary political bodies of real decision-makers.

No primaries are held in any of the main political parties to select candidates, which would enable voters of a specific party to decide who they would like to see as a candidate in elections. Party supporters are constantly forced to accept as a fait accompli what they may not like at all, but are led to believe that “this is what is needed now“.

Members are not involved in governing the parties.  Party elites view members as “cannon fodder”, who should silently accept and follow the decisions made. There is no system in any major party to support and promote meritocracy.  The only novelty parties seek is “new faces” which are desired as carnival masks, not as electable individuals vested with respective powers.

There are rules in some of the parties. However, let’s admit that the results of these rules are typically predetermined and known in advance to those involved. Everyone senses this, which nourishes further nihilism and distrust in political players.

None of the main parties makes any analysis or undergoes any renovation after lost elections. No one assumes responsibility for nominating or inviting to the party disadvantageous or deadpan candidates, the form and content of the election campaigns, campaign messages, organizational activities, or financial spending. No one has ever assumed the responsibility and stepped aside to open the way to someone new. This is probably due to the fact that politics has become a job or, if you like, business for these people. Party elites earn their living in this manner, simple as that. They are unable and unqualified to do anything else and, in principle, don’t really want nothing else. Correspondingly, they will not easily cede their place to anyone (which would probably be less of a problem, if political processes and the future of our country did not suffer).

Georgian political elite is unfamiliar with the notion of accountability and accepting responsibility for the decisions made.  Although it is not in the interests of citizens to maintain such elite, certain influential figures always gain from doing all they can to keep such leaders artificially afloat.  Why? What for? – These questions are unfortunately rhetorical.

When supporters demand change, activists acting on behalf of the same leaders silence them, using the “Now is not the time!” or “Do not sow nihilism!” arguments.  In the meantime, it is clear that the public’s trust in political parties that are not managed democratically is disastrously low and the eternal modus operandi of the parties leads to the alienation of people from politics (hence the elite’s excuse that there is no sufficient protest drive among people).

It is not those who ask questions that “sow nihilism”, but those who preclude the questions from being asked; those who silence critics by resorting to primitive but efficient bullying tactics; those to do everything in their power to ensure that the rotten smell is never vented from the state of Denmark.

In reality, it is always “the time”. For, nothing is going to change without speaking about what it has always been hushed up.

The lack of democracy and transparency provide fertile soil for behind-the-scenes politics based on personal interests.  The problem is particularly acute in today’s Georgian reality. Thus, it is the whole public, not just the parties, that pays the price for the lack of internal democracy in political parties.  The society at large that is kept hostage by several individuals acting in self-interest – including those, who could never win under democratic rules and who manage to stay afloat by behind-the-scenes maneuvering and manipulation of resources.

Does anyone believe that non-democratic parties will build a democratic system? Oh, I forgot that now is not the time.  First independence and then democracy!  First, put an end to the oligarch and then legitimate questions…

The spread of the new Coronavirus at a lightning speed and ensuing global changes have produced a new pretext for telling us “Now is not the time!” again and silencing us in order to prevent us from demanding fundamental changes from those who live at the expense of our votes, our silence and squandered years of our lives.

Therefore, yes, – now is the time.

It is precisely the time.