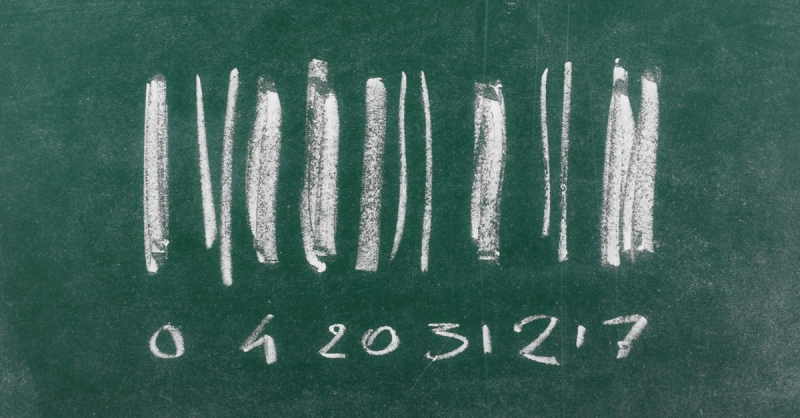 The morning after a spontaneous trip my friend’s summerhouse, I was on the road back to Tbilisi when we stopped at some shack that proudly called itself a “market” to buy some water. One of my friends hopped out of the car and came back about fifteen minutes later with some water, but to his disdain he was met with complaints about the amount of time it took him to do it – but his excuse was quite valid. Surprisingly and unsurprisingly (I mean it was just a shack) they didn’t have a barcode scanner and the shopkeeper had to count everything by hand. This prompted me to take another look at the thick and thin stripes that adorn every product. Before this seemingly simple piece of technology record-keeping had to be done manually. This may not sound so bad when you’re buying some bread, a pack of eggs, and a bottle of Coca Cola at your local corner shop, or just four bottles of water like my friend, but imagine how long you would have to wait for the cashier to ring up your some 30 or so items from your weekend haul at a superstore. And then imagine having to wait for five people before you.

Barcode as a form of codifying information was invented years before the technology was adopted by grocery stores, although its invention was in fact prompted by the need to streamline grocery shopping. In 1948 a supermarket executive inquired the dean of Drexel Institute of Technology to create efficient means of encoding product data. Bernard Silver, a graduate student at Drexel, overheard the request and teamed up with N. Joseph Woodland to solve the problem. Around 1949 the idea for coding using thick and thin lines came to Mr. Woodland while poking his fingers in the sand when he accidently formed several lines of different thickness. Eventually Mr. Silver and Mr. Woodland developed a code with circles of varied thickness called “Classifying Apparatus and Method.” The now famous black-and-white rectangle was designed by George J. Laurel, Mr. Woodland’s coworker at IBM based on Mr. Woodland’s and Mr. Silver’s work. In the early1970s the supermarket industry actively started seeking a method to streamline the way goods were inventoried and rung up. The barcode was finally adopted as the industry standard in 1973, and in June 1974 Wrigley’s Juicy Fruit chewing gum was the first product to be scanned and sold this way – the technology has been in use ever since. The pack of gum was placed in the National Museum of American History, taking its rightful place among the Star-Spangled Banner and Edison’s Light Bulb which must have made the executives at Wrigley very happy.

Introduction of barcodes changed how things were done in the grocery business. Retailers could ring up their customers quicker and keep track of their sales and inventories much more easily. This meant more accurate accounting and easier loss prevention. However, in the early years the system was a costly investment. According to a paper by Emek Basker of University of Missouri, the barcode only improved store-level productivity by about 4.5%, while the check-out system cost upwards of a few hundred thousand dollars. Nevertheless, a standardized barcode was a cheaper option for both retailers and manufacturers. At some point the technology would have to move forward and this way retailers would only have to adopt one kind of technology, and manufacturers would only have to put one kind of code on their products – saving everyone money. Otherwise some products would be incompatible with some stores and each package would be covered in all different kinds of codes – imagine waiting in line while the cashier figures out which code to scan. In the end the investment paid off and now it is hard to imagine going grocery shopping without hearing the beeping noise of the scanner.

But barcodes have evolved far beyond just groceries. Barcodes, and all of its successors, are used everywhere – from warehouses and car manufacturers, to hospitals and travel tickets, IDs, and of course the grocery stores. South Korea even has grocery stores that carry no physical products, but rather have QR codes the customers can scan the code to order the goods to be delivered to their homes. Barcode completely revolutionized the economy, it made record-keeping and inventory management quicker and easier which in turn allowed the existence of large scale merchandise management systems – such as the 1.2 million sq. foot Amazon warehouse. Imagine if Amazon had to manually keep track of every item – good luck getting your items delivered in less than a month. It is hard to imagine what the information age would be like without such fundamental way of storing information.