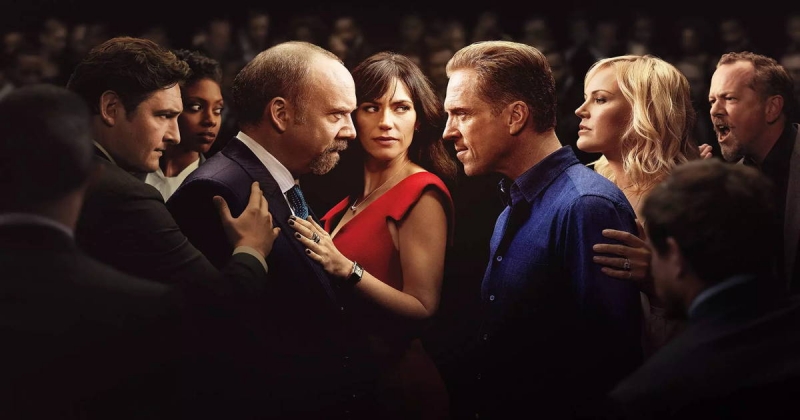 Showtime’s financial drama “Billions” shed a little more light on what exactly is going on in the world of trading, funds and a big money. Unlike The Big Short and The Wolf of Wall Street “Billions” is not trying to explain the complex financial operations by understandable, everyday terms for people who have heard of hedge fund before, but don’t exactly know what it means. In other words, there is no Margot Robbie in a bubble bath explaining mortgage bonds. However, there is a little something for the financial virgins, the glimpse of how trader’s mind works.

Halfway through the first episode the scene comes on that looks like a one-on-one Therapy session, patient seems involved in Trading and experiences a loss of confidence. Wendy Rhodes, played by Maggie Siff, is clearly a Therapist, or at least some kind of mentor. She makes her patient stand up, pound on his chest and say the number he made for the firm last year loudly. The number is 7.2 million, she makes him repeat it-7.2 million- in a feel-that-man! kind of manner and shortly after that the session is over. Later we find out who she really is- as anticipated, she is kind of a therapist, more like a performance coach and what we saw was indeed a session. But the surprising element is somewhere else- she actually works for the firm, Axe Capital – one of the most successful hedge funds in the fictional Business world. For someone who has never looked behind the Wall Street’s scenes the concept is hard to grasp. Why would a Hedge fund need a professional psychiatrist? The conventional guess would be that it is a little dramatic detail to make the show more entertaining and distract the viewers from something that they may not understand or shift the focus to something most of us usually do understand- character’s feelings. As it turns out, that’s not the case at all. Money mentor, performance coach, psychiatrist to traders- various names are called what Wendy Rhodes does in the show and it is a real job. As of now, couple of psychiatrists are employed on the Wall Street as performance coaches and all of this comes back to 1992, when the manager of the SAC Capital, Steve Cohen employed Dr. Avi Kiev as a coach in his firm. Ari Kiev is also widely considered to be basis for Wendy Rhoad’s character.

Dr. Kiev worked with athletes before he ever worked with traders and his work caught Steve Cohen’s attention. Ari Kiev was hired at SAC capitals in early nineties, he used to meet traders for 2 hours a week, throughout the years 2 hours a week became 4 days a week. What you are experiencing when you are trading, what mistakes you are making what physiological habits are interfering with maximizing you performance – that’s kind of the angle he approached trading from. Kiev thought, to some extent, people have troubles in trading  not from the anxiety, but from their efforts to mask the anxiety and it can be costly and destructive.  According to Kiev, one thing that master traders are willing to do is to really tell the truth, to face up to their confusion, their uncertainty, their errors and when they adopt that kind of approach to the world they are able to pay more attention to the market and recognize that it is bigger than they are themselves.

It’s painful to lose money on a trade, but the one of the reasons people like to trade is because it does create a bit of an adrenaline. When things are turning on you, you experience panic where you start doubting yourself, which leads to mistakes, he said. Kiev outlined the most common mistakes in trading, the one is paralysis – instead getting out of the situation, trader stops moving at all, the preparation that was made beforehand goes out the window. The other is when they perform well; even if they make more money on the winning day than they lose on their losing day and they have more winning days than losing days, because of the stress and fear they are still unable to use adequate amount of capital, so they are undercapitalized even though everybody is telling them to use more capital.

One of the first things Dr. Avi asked at SAC capital was how much money one particular trader planned to earn that year, the answer was- “ I don’t know, whatever market will allow me to do” According to Kiev, this is a completely wrong mindset, he taught traders to set the goals, define the target and not to depend solely on the market. It is worth mentioning that head of the SAC capitals had the answer to Kiev’s question and it was 30 million. Master traders never believe they’ll do as well as market will allow them to do.

These patterns tend to be repetitive, unless trader makes an effort to change his trading style.

Dr. Kiev helped SAC capital traders, when they experienced discomfort and kept making mistakes to get control over it by starting their stopwatch and start timing that unease, putting a timeframe on it to avoid bailing out, to keep confidence in their trade.

It is a common belief that Wendy Rhodes is based on Dr. Ari Kiev, but consultant on the show is another real-life Wall Street performance coach Denise Shull. She applied for Dr. Kiev’s position after he died in 2009, but she wasn’t hired. Shull mentioned the scene where Wendy makes her patient beat his chest is more entertainment than Reality. She told to The Guardian that ‘in real life, there is less chest pounding and more reassuring.

Having an in-house psychiatrist is still a rare practice on the Wall Street, but, apparently, market is growing fast. As it turns out, tough trader guys need some reassuring too.