Since his time at university, even back in the Shevardnadze period he has been in business; and, since then, sometimes in politics. He is clear that the two worlds are different. The Omega group that he founded has contributed to the country’s budget more than 1.5 billion GEL. Zaza Okuashvili now discusses his future plans – and how he evaluates business environment risks – with Forbes Georgia.

Cars, factories, a printing house and a TV station – these are the businesses of Omega Group – one of the most integrated business groups in Georgia. Its founder chooses carefully the times when he talks to the media. Forbes Georgiais pleased to talk to such a man of few words as Zaza Okuashvili.

His cautiousness has its grounds. As he says, he speaks out only when he is demonized: “They tried to portray me as a monster on several occasions – so I say, if I am a monster then I will make an appearance and you can evaluate me yourselves”.

Zaza Okuashvili graduated as an anesthesiologist- reanimatologist by trade. He was still a student when he started his first business, a small bakery in Tbilisi. In 1991, at the age of 27, he founded the company “Omega”, which is now one of the largest business groups in Georgia. The two tobacco distribution companies – “Omega” and “Eliza” – were the most prominent part of Georgia’s business history in the 90s.

After the “Rose Revolution”, Special Forces units invaded and occupied several of Omega’s companies, including “Omega Tobacco” (OGT) and “Iberia”, after which they deprived “Iberia” of its broadcasting license and the television stopped broadcasting.

Today, Iberia TV is again broadcasting and all rights have been returned to Omega Group and to its founder. But Iberia TV still refers to pressure from the government – this time not by force, but through use of business levers. The Omega Group now claims that the government is allowing favorable terms to its main competitors, multinational foreign companies in the tobacco industry, and enables them to operate using dumping prices, which reduces the revenue used for the functioning of the television. The evidence for this is contained in a report by the international auditors, Grant Thornton, confirming the extent of dumping and predatory pricing.

Recently, the name of the Omega Group founder was included in the “Panama Papers”, prepared by the International Consortium of Investigative Journalists. The document mentions businessmen and politicians who have firms registered offshore. According to these papers, Zaza Okuashvili holds shares in three such companies – Finley Trading, DAGMAR FINANCE GROUP INC and Velsan Trading Corp. According to the same papers, the capital of the founder of the Omega Group amounts to 250 million US dollars. Okuashvili says that, due to financial and legal inadequacy and lack of protection in Georgia at that time, he decided to place Omega’s ownership offshore. Before Georgian Dream came to power, Zaza Okuashvili took up residence in London. He has been granted British citizenship. He is also the honorary Chairperson of the British-Georgian Chamber of Commerce.

Omega Group has as its slogan: Global vision, Local strength. By global vision, Zaza Okuashvili means cooperation with those overseas brands that Omega Group has brought to Georgia – including BMW, MINI, IVECO, Chevrolet, GM, Bentley, Maserati. His printing house, ‘Omega Tegi’ is a partner of Heidelberg. The showrooms of BMW and MINI are located not only in Tbilisi but also in Batumi. Local strength, for the founder of Omega Group, means well-organized production. According to him, investments are tangible for the country’s economy when seen in a long-term perspective. They include not only the tax effect or the direct investment but also the component of production and creation of jobs. Omega Group is one of the largest taxpayers today.This group contributed to the budget more than one and half billion GEL. OGT’s contribution alone amounts to more than 850 million laris. Added to this are the investments of hundreds of millions GEL and employment of 2000 people. There is also the development of infrastructure. Recently, the territory of the Omega Motors and Bentley offices has been transformed into a modern street. Zaza Okuashvili emphasizes the forward-looking nature of this decision of Omega management because he considers that well- organized infrastructure raises the value of land nearby and also serves as a stimulus for new businesses.

The Group has already decided to invest in construction and have mobilized investment from Britain. Architectural drawings, in accordance with modern European standards, have been prepared in the UK, providing for five thousand families to live in Omega Home in Tbilisi. The construction of social housing is also envisaged. The City Architecture Service has already received the drawings and, subject to approval, Omega Group plans to create tens of thousands of jobs.

Is it easier to do business today in this country than it was before?

I think the main problem that we inherited from former times is a Soviet culture and mind-set. It’s obvious in terms of obstacles to business and unnecessary bureaucracy. Today we have a lot of work to do in this direction.

What is the situation in terms of the rule of law – are assets and investments protected in this country nowadays?

My position is the following: the laws can always be improved and should be realistic. But above all, they should be fulfilled. Today there are problems regarding this. Unfortunately, it’s the case.

I will tell you what I understand well. For example, Parliament considered the law, according to which the packaging of cigarettes should be made uniform. This is required by the EU/Georgia Association Agreement. But the law was changed after 3 months and postponed for 5 years. This is a delay of 3 years longer than required by the Association Agreement. When there’s such an unpredictable environment, we cannot measure the effects, for example, of the reform of profit tax, as we cannot know what we have achieved with this reform and what we have lost.

Which business is the most difficult to manage?

When it comes to large business, it is always difficult to manage it. Pursuing high reward is good, but very risky at the same time.

Being in politics, is it a protection mechanism?

No. Business and politics should be separate. But a politician will be better if he or she understands the world of business. If you understand business logic, being a politician is much easier – global practice shows this.

What do you mean?

Look, today the president of the most powerful state is a businessman. He had great experience in business and he will share this experience not only with America but also with the world.

And the Fox News will play a role in that. Can media be also considered as business in today’s Georgia?

Unfortunately, I cannot call it a business. Many factors are at work – some direct, and some indirect. For example, in the case of Iberia, a major damaging factor is dumping price policy. We should know the cost of freedom of speech, so that any wrongdoings, flawed decisions and disregard of law is never overlooked.

The Constitution of Georgia limits the sale of products at a price lower than cost. This is an important principle which should be preserved. The theory that large firms can somehow produce less than cost price should be gone with socialism. This is not the case. Everything has its price. Local production needs to be promoted by being allowed to compete fairly; and the law should work equally for everyone.

What do you mean by promoting local production – Do you like “Produced in Georgia”?

It is really a good slogan. I welcome it. But then we should pose a question – what and how should we produce? And under what conditions? Of course, business must be proactive and raise the issues that concern it. Above all it is necessary that the law be the same for everyone.

Do you say that foreign investments are more protected in this country than the local ones?

I do not see a lot of foreign investments. How many factories were built? What has been created? I brought investments of about 100 million laris from the UK. We can see where it was spent. Where are other foreign investments spent; what are the benefits? Can anyone point this out specifically?

What about those employed and the amounts contributed to the state budget?

Most foreign investments have not been long term. Their business comes from selling product. The economic strength of the country cannot simply rely on “buy and sell”. Anyone who brings product into the country has a natural interest to make a minimal contribution to the country’s economy. If the law is not focused on equality, large multinational companies will continually suppress smaller players on the domestic market, who do not have hundreds of millions of dollars but invest what they have in the future. If we go to Europe, protection of the principle of fair competition should not be an exception.

We have to open markets in all directions. Diversification is always profitable. Politics should learn this from business. Europe; America, first of all; even the Russia itself – we should be able to trade in all directions. The main thing is to remember your goal. We have to get rid of the socialist mentality and not let it return. We should create a civilized business environment with Europe, America and the world.

How is that possible when Russia is our largest partner and at the same time the biggest enemy?

We have the support of the West. We must be more active. Our strength relies on transparency, efficient diplomacy, closeness with the civilized world and correct management of the country. if all of these exclude big dark gaps then the country will be successful. 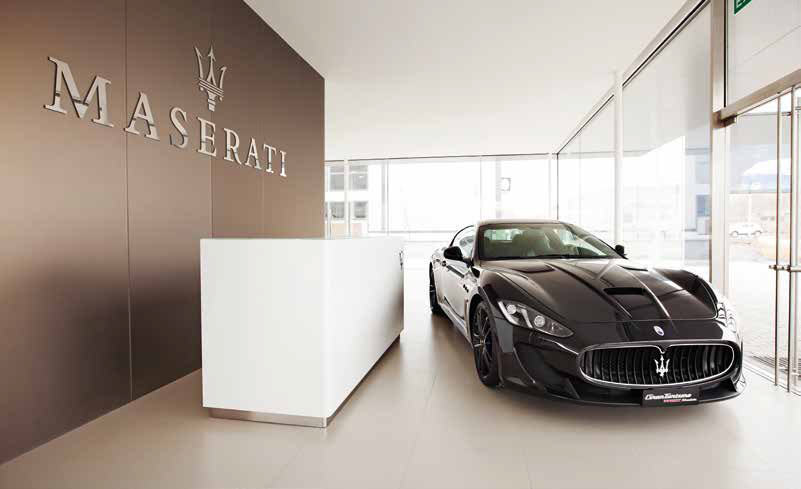