Skip to content
Home
All News
What Does the Digital Revolution Have in Store for Us?
The estimated reading time is 8 minutes
Tamta Jijavadze
December 15, 2021 at 4:00 pm

The global artificial intelligence market will reach $91 billion by 2025. According to various forecasts, annual growth from 2020 to 2027 will be 33.2%. This trend, along with its development, raises new threats, in response to which a few years ago, at the initiative of a Georgian expert in the field, Irakli Beridze, a Centre for AI and Robotics was established at the UNICRI. Forbes Georgia recorded an interview with him.

Mr. Irakli, you are the Head of the Centre for Artificial Intelligence and Robotics at UNICRI, created through your initiative. What is the mission of this center and why was there a need to create one?

I have been working at the UN since 2000 in the field of disarmament, non-proliferation of weapons of mass destruction and modern technologies in various directions. Working on the topic of artificial intelligence and bringing this issue to the forefront began in 2014-2015, when we saw that science had made significant progress in this area, though ensuring its positive use presented a challenge.

The first meeting on artificial intelligence was held at the UN General Assembly in 2015, and I was the one charing this meeting. By the way, the Mission of Georgia to the UN gave big support in organizing this meeting. In 2017, António Guterres was appointed Secretary-General of the United Nations. In his very first report, he called artificial intelligence a game-changer, i.e. technology that can both positively and negatively change a lot of things. It was during this period that working on various AI programs began at the UN. Among them was the creation of the Centre for AI and Robotics, which I was appointed to head.

We work in a number of directions. For example, on security issues such as the use of AI by police and law enforcement agencies. We create specific AI technologies as well as guidelines on how to use artificial intelligence properly and responsibly so that human rights are not violated and that problems such as fighting specific crimes are solved. It is also important to ensure that different applications are used for the right purposes. For example, the proper usage of face recognition technology and more. We work closely on these issues with Interpol, the World Economic Forum, the European Union and many other global players.

When it comes to rapid technological advances and changes, there is often a fear that one day robots may replace human workers. How do you think humanity should strike a balance in line with the UN Sustainable Development Goals and what risks would you identify in this regard?

First of all, a robot is far from artificial intelligence, AI is a collection of smart programs consisting of much more comprehensive autonomous systems, aimed at solving a specific problem. Robots and drones are mechanically controlled machines that employ a variety of AI elements. Fear is justified indeed.

It will all depend on how we, as humans, act; what laws we adopt (from design to implementation), what ethical standards we set, and also what our relationship with the AI ​​applications that have already been created and that are going to be created will be. AI will replace some fields of work, of course, this is a natural process. Such developments have always taken place with the advent of new technologies.

For example, in terms of transportation, there was a time when we didn’t oppose replacing horses with cars. But now we are faced with a different challenge. If previous replacements were of physical force, now there is a danger of replacing intellect. If AI completely replaces human intelligence, that would mean that there is no more need for humans.

We are still very far from that, but such a phenomenon is very much feasible. With all this in mind, it is important to establish standards ensuring that artificial intelligence does not create problems for us, but rather solves them. For example, to help fight incurable diseases, or to develop agriculture where technology allows for growing large quantities of produce on a small plot of land.

Drones, flying taxis, robot waiters, etc. We are constantly thinking about what’s next… Can we label recent digital advances as revolutionary?

In my opinion, this is indeed a revolution, seeing as, in the history of mankind, we have never had such exponential growth in any field. I am often asked what applications will be in use in 20 years, how technologies will develop, and so on and so forth. I respond by reminding people that 20 years ago no smartphones, drones, or virtual reality existed.

Today, applications equipped with artificial intelligence elements can easily detect money laundering transactions for terrorist financing, and the same applications (with minor modifications) can carry out serious cyber-attacks on critical infrastructure and cause great damage. Why should the creations of the last 20 years be the limit?

Mankind has been constantly evolving. Both knowledge and technology are growing exponentially, which means that the next leaps will be faster. Our future will either completely, or at least for the most part inevitably depend on the proper management of these technologies and their proper use.

In 20 years, almost every database will be digital, and this will enable AI systems to make decisions and optimize. Robots, with the help of AI, will be able to perform almost all tasks, for example, construction, design, architecture or shipping, as well as transportation, which will be performed entirely through these technologies.

These technologies will also play a big role in the augmentation of the careers of lawyers, doctors and even journalists. In principle, it is not at all inconceivable that in the next 20 years we will have a completely different world through AI, revolutionized healthcare (ranging from diagnostics to individual medicines), a new and much safer transportation system, and new, more efficient education opportunities globally; with an individual approach to each student, aimed at unveiling their full potential.

While such developments will be of great benefit to people and give them plenty of free time, ways to ensure that such revolutionary changes do not cause harm should be found. Many countries, along with the United Nations, are already working on this issue, namely how to achieve a painless transformation, which includes continuous vocational training, education at all stages of life, and even the introduction of a universal basic income.

Given your role observing the development of robotics and artificial intelligence across the world, which countries would you say spend the most and work hardest in this field?

Many countries are working on artificial intelligence today. About 60 countries have even developed a national strategy in this regard. One of the first ones was Canada, as well as European countries, and China. Such strategies are very important in order to have a digital vision fit for the future.

In particular, given that we live in a digital age, countries need to determine how technology can help them and in what areas they need to use AI, be it education, healthcare, security or otherwise. Unfortunately, 60 countries is not enough, as that leaves more than 130 countries in the world without having such a strategy.

This, in turn, contributes to global digital inequality. At the UN, this trend is clearly visible. This will lead to the fact that in the future some countries will potentially develop, achieve breakthroughs, while some will lag behind, which, in my opinion, will be one of the greatest challenges faced by the humanity. We have seen how important technology has become during the pandemic. However, unfortunately, half of the world population, i.e. about 4 billion people still lack access to the internet. This is alarming, and a lot needs to be done to prevent that from happening. 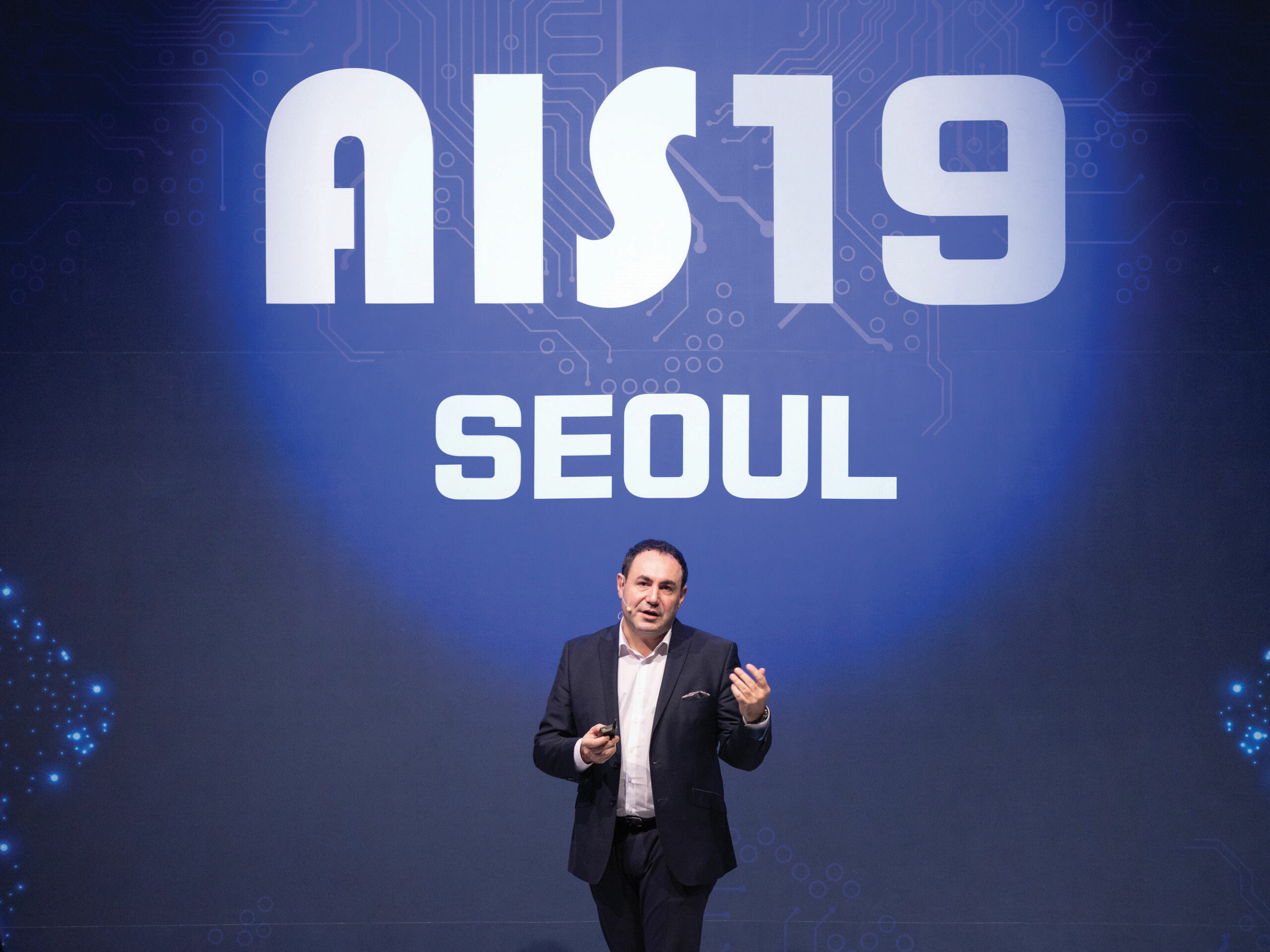 There are advanced countries in the development of robotics and artificial intelligence, e.g. USA, Japan, etc. How do you see Georgia positioning itself in this field? What contributions can it make to the development of the world in this regard?

A lot is happening in Georgia in this regard. I am in touch with people working in this field and I appreciate their work. A great initiative came from Business and Technology University, which recently conducted research in the field of AI and initiated a Ph.D. program. There is also GITA (Georgia’s Innovation and Technology Agency), which implements a number of interesting projects. There are also private initiatives; for example, the Artificial Intelligence Business Association, of which I was elected Honorary President. An excellent initiative and platform has recently been launched to help startups, named THE Crossroads. Moreover, there are interesting startups in the field of artificial intelligence in Georgia; we have smart young people that work in collaboration with the world’s leading companies. They have great potential.

Preparatory work has also been done to develop a digital strategy for Georgia, and I very much hope that such a strategy will be adopted soon, contributing to the development of the country.

Let’s talk about the role of AI in the financial sector. What should we expect in this regard?

Artificial intelligence is a comprehensive technology that will bring serious breakthroughs into any field. It’s not magic and mysticism, but a very straightforward science that gathers a lot of data, does powerful analytics, and allows us to grasp what people are unable to do independently. For example, if companies in the financial sector need future-oriented development, using AI will be necessary. There are plenty of such apps today, with the stock market where no trading is carried out without the use of artificial intelligence elements, as well as the detection of counterfeit transactions in the banking sector. Making future-oriented calculations will be impossible without AI.

Have you collaborated with tech giants; organizations that are linked to like Bill Gates, Elon Musk, or Jack Ma?

We communicate with both small and large companies. I have personally had meetings with people like Elon Musk, who has funded interesting projects to create AI defense mechanisms. Jack Ma and Melinda Gates chair the UN Panel on Digital Cooperation, of which I am a member. I have also had a personal meeting with Google co-founder Larry Page, who is also interested in ensuring a secure future. We collaborate with Facebook, Amazon, Chinese giant companies. I recently had an interesting meeting with the company ByteDance, founder of TikTok, which hosted an AI forum in China. In the framework of this forum, we discussed the issues related to responsible AI. We also work closely with the United Arab Emirates, which is the first country to have a Ministry of Artificial Intelligence.

Your opinion on the effects of the pandemic is also quite interesting. We have all witnessed firsthand that many services and products become rapidly digitized. However, all of this had its downsides as well. What risks did you observe in this regard?

The pandemic has shown us a lot of things, for example, the fact that it is unnecessary to fly from Hague to Singapore in order to attend a two-hour meeting. As for the negative impacts, we have seen that cyber security has become a more salient issue. Lots of people, companies, state structures switched to remote work, due to which the need arose for special security. Consequently, work on cybersecurity has intensified, the allocation of resources has increased, and many young people have realized a huge potential for employment in this field.