CONSIDERING ITS GLOBAL REACH, it doesn’t come as a surprise that the quadrennial FIFA World Cup is FIFA’s biggest source of income. According to its latest financial report, football’s international governing body expects revenues of nearly $3.9 billion this year, the lion’s share of which is generated selling media and marketing rights related to the World Cup.

But what about the clubs who employ the players competing at the tournament? After all, they are the ones who pay the players’ lofty salaries and the ones who pay the price if a player suffers an injury at the World Cup. They are paid $8,530 for each day a player is at the World Cup, starting two weeks before the Opening Match and ending one day after the respective nation’s exit from the tournament.

As the following chart, based on calculations made by Vexcash, illustrates, those payments add up to a nice sum for the biggest clubs in the world. However, considering that many top players get paid much more than $8,530 a day, it’s safe to assume that the $3.96 million Real Madrid will be paid for its players competing in Russia won’t be a cause for celebration in the Spanish capital. In total, FIFA will be paying out $209 million under the “Club Benefits Programme” this World Cup, which doesn’t seem like a lot considering the amount of money FIFA stands to make. 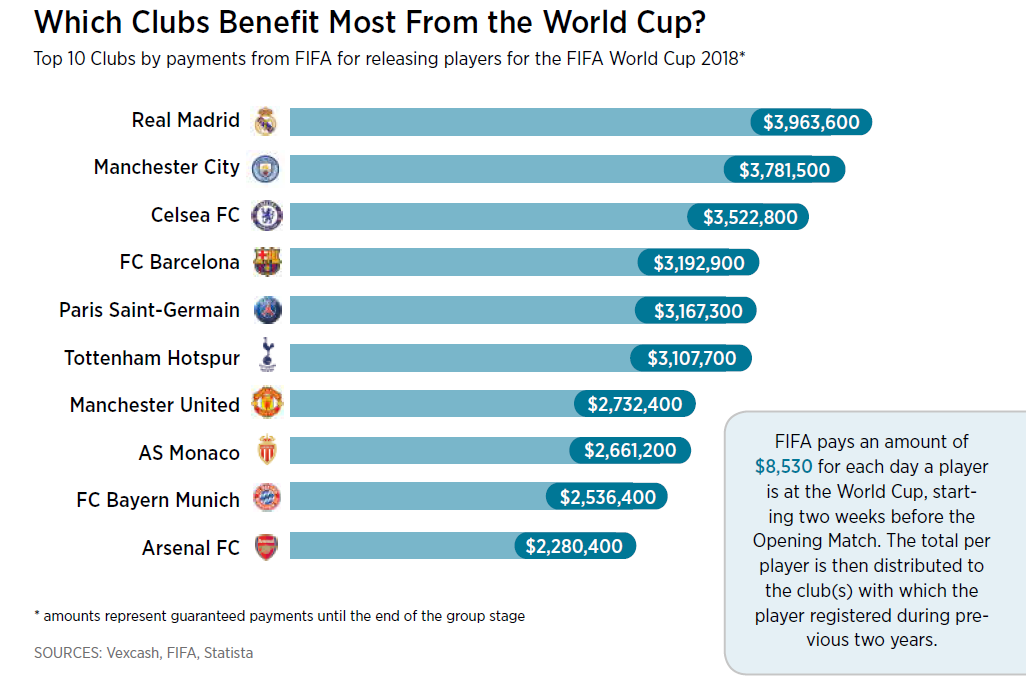 WHILE THE 32 TEAMS INVOLVED IN THE FIFA WORLD CUP will be aiming to go as far as possible and achieve success on the pitch, they will also be battling for a sizeable pot of prize money. Late last year, FIFA announced the amount of prize money available for the tournament in Russia and it’s at record levels once again. Excluding the Club Benefit and Protection Programmes, prize money this year stands at $400 million, an increase on 2014’s $358 million.The following infographic provides an overview of how the performance-based prize money will be distributed. When Germany won the trophy in 2014, it was awarded $35 million. This year, the eventual winner in Russia will receive even more, $38 million. The runner-up will get $28 million while third place will receive $24 million. 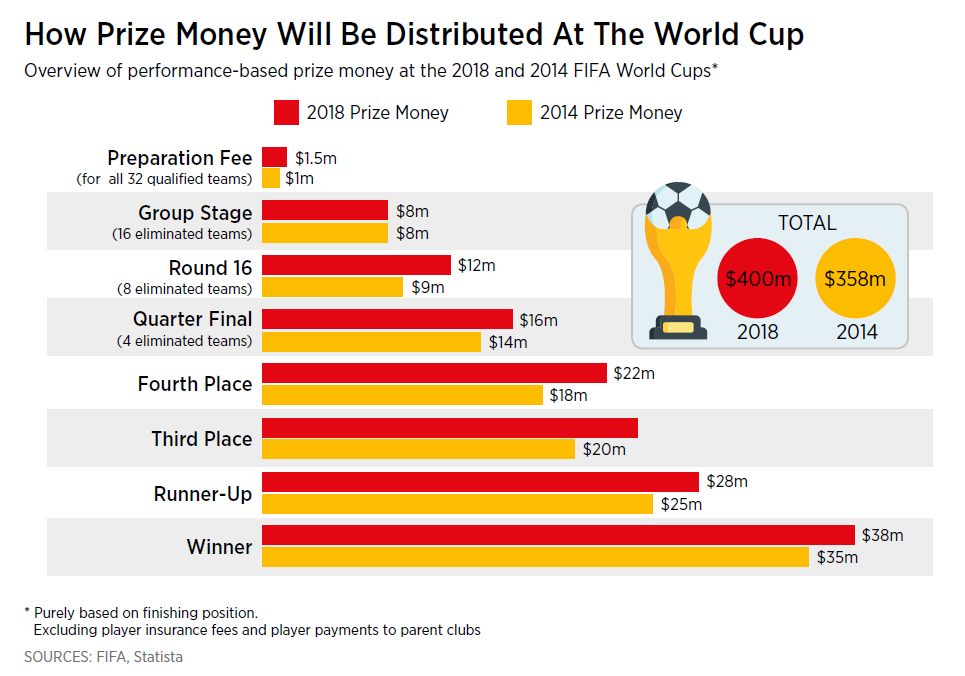 OFTEN REFERRED TO AS THE GLOBAL GAME, football (i.e. soccer) is played, followed and talked about in almost every corner of planet earth. The sport’s biggest event, the quadrennial FIFA World Cup, is one of the biggest sporting events in the world, only matched by the Olympics in terms of its near universal reach. According to FIFA, 3.2 billion people watch at least one minute of World Cup coverage on TV in 2014, a number that will likely be matched by this year’s tournament in Russia.

The following chart, based on a Nielsen survey conducted in more than 20 international markets, shows where people are particularly fond of the global game and where interest in football is limited at best. 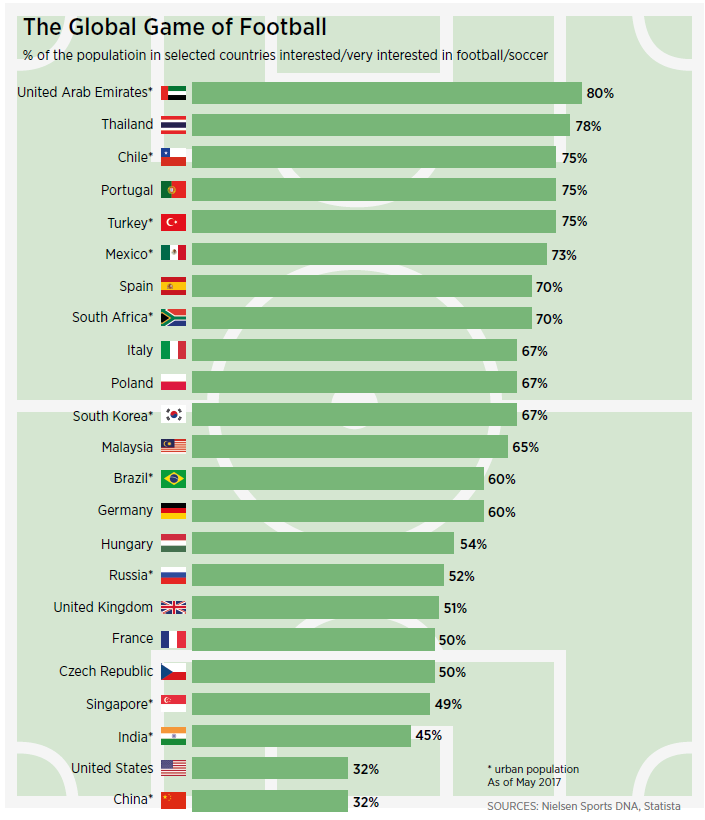