Zurich and Paris have displaced Singapore and Osaka in a recent report on the world’s most expensive cities. The two Asian cities previously joined Hong Kong at the top of the rankings.

That’s based on The Economist Intelligence Unit’s latest Worldwide Cost of Living index which shows how the coronavirus pandemic has affected the prices of goods and services in more than 130 cities as of September 2020.

According to the report, Zurich and Paris’ jump to first place was due to the strengthening of the Swiss franc and the euro.

“The Covid-19 pandemic has caused the weakening of the U.S. dollar while western European and north Asian currencies have strengthened against it, which in turn has shifted prices for goods and services,” said Upasana Dutt, head of Worldwide Cost of Living at The EIU. New York City is used as the base city in the index. 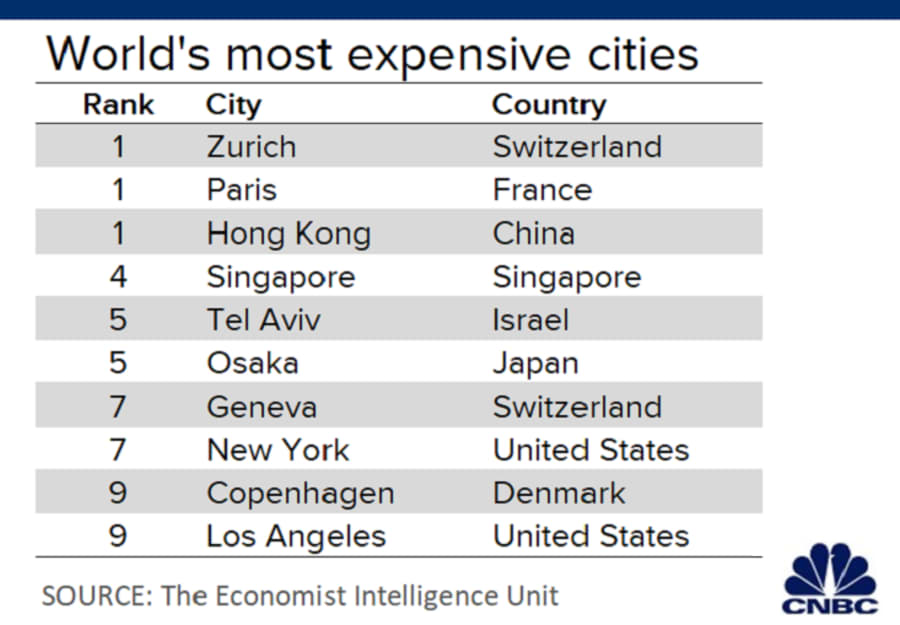