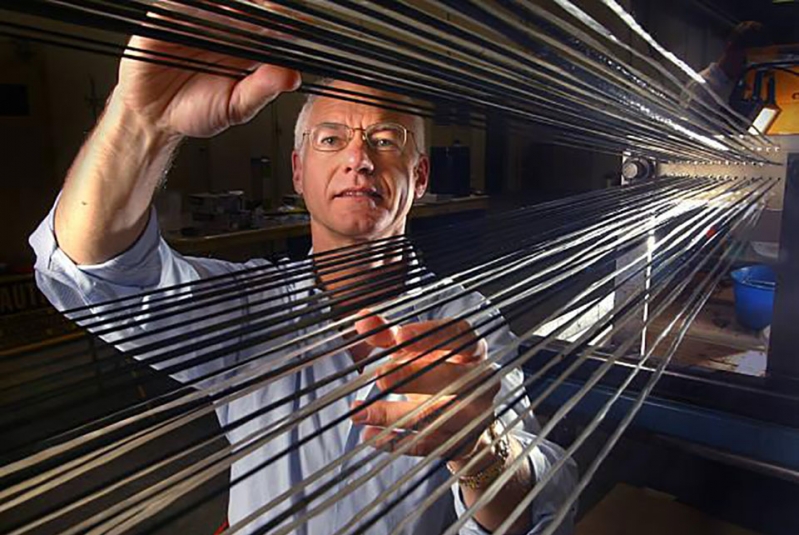 Interview with the CEO of Next Metals, Benton Wilcoxon.

The latest mission of an American entrepreneur Benton Wilcoxon is to create a battery twice the energy of the best commercial batteries today such as Tesla and Panasonic. The “Next battery” promises to double the driving range of electric cars. The technology is based on the concept of increasing the volume of electrons that can move to the cathode, which increases the energy density of the battery, therefore, making it last longer. It uses lithium-ion chemistries with novel nano-structuring technology to effectively “upgrade” a battery electrode’s functional properties.

The idea of “Next Battery” was introduced by Benton Wilcoxon, the CEO of the company after looking into the research by the Ukrainian scientists and discovering the potential for the creation of a more efficient battery. His previous projects include developing and commercializing the most energy efficient conductor for high voltage transmission lines, which have been deployed on 60,000 kilometers of transmission lines in over 550 projects across 50 countries. As well as pioneering the development and commercialization of the highest strength aluminum alloy, known as Aluminum Scandium, used in aircraft, aerospace, naval ships, vehicles, and high-performance sports equipment.

What makes Next battery different is that its lithium-ion electrode nanomaterials have unique physical and chemical properties, such as a very large surface area, shorter transport length, high reversible capacity, and long cycle life. Benton Wilcoxon says these properties can significantly improve the specific capacity and high-rate performance of lithium-ion batteries:

Once I looked into the research made by the Ukrainian scientists, I was startled by the discovery. The scientists quoted figures which were significantly higher than the best batteries out there in commercial production. So my next question was how do we build a battery? Initially, we did not have the equipment, the attitude and the setting were also very pessimistic, the team was passive about making it happen. This technology research began 18 years ago, but with time it was put on a shelf. It wasn’t paid attention to because of the original Soviet concept of science to do pure research for institutes, while the military establishment would come and once every year/half a year they’d select what they thought was interesting and basically take it away and commercialized its usage in military devices. but I knew, I had to give it a shot – the market is big, the need is so great, competition is intense and this has been something companies aspired to do.

The Next-Battery technology was born in Ukraine in 2017, the Institute of Material Science in Ukraine with a team of 15 scientists and engineers. The company CEO  Benton Wilcoxon ’s relationship with Ukrainian tech goes back to the 1980s. After making the discovery, he refurbished the working space and began the commercialization of the forgotten technology:

Scientists here don’t focus here on developing a science for a product – which is a big failing of making a commercial or economical product, missing the marketing. At the time they didn’t understand the potential of the project, they didn’t know how to write out a business plan, didn’t know how to package it into something useful. While the American mentality I had was that everything is possible, let’s make it happen.

Currently the “Next Battery ” is in the process of testing. Benton Wilcoxon predicts that the double capacity battery prototype will be ready to demonstrate in 2019 and available to market later that year. The next generation solid state battery will be ready to license and produce in two years.”

The project has already attracted the attention of investors such as “HIPO RESOURCES” which has invested US$500,000 for 25 % of the “Next Battery” with an option to buy another 10 percent later on for $1 million.

The investment was followed by skepticism from other similar companies which invested in a Russian battery technology that did not exist at all. However, the investors are confident in their investments according to HIPO chairman Maurice Feilich.An official document presented by the investors states: “Laboratory studies on the cathode by the Next-Battery scientists have shown the Next Battery technology can more than double the specific energy of the best commercial lithium-ion batteries today. The technology would also double the time between charges for mobile phones and all electronic applications”.