The Krtsanisi Residence is not an ordinary real estate development project. Not only did Managing Partners Giorgi Arveladze and David Kvirikadze, who will live in the residence themselves as well, refused to cut down any trees for the project, they also thought of every small detail – from sound and heat insulation to underground parking and meticulous contracts obliging the tenants to continuously pay for upkeeping common areas.

When I got a call from my editor asking me to cover a real estate development project, I have to admit that I was not necessarily looking forward to it. I have been a very vocal advocate against the rampant development projects in Tbilisi, with high rises popping up as mushrooms unregulated around town over the past few years. And I wasn’t going to let the founders off the hook easily.

But I just came back from a two hour coffee with Krtsanisi Residence managing partners David Kvirikadze and Giorgi Arveladze at Rooms Hotel. And if we hadn’t gotten other appointments and deadlines to make, we’d probably still be sitting there.

We would continue talking about our shared frustration with Tbilisi’s urban development – including its increasing traffic jams and speeding drivers, unbreathable air pollution, disappearing green spaces, construction of extremely high-rises – with only asphalt and concrete surrounding it, the destruction of courtyard communities, and the list goes on and on.

And don’t get me wrong, I wasn’t giving them an easy time. I interrogated them. Because they are building themselves too on former state property surrounded by nature.

But instead of being on the fence, they welcomed all the questions I asked them, telling me I should be critical. That in itself – as I have experienced working as a journalist in Georgia – is a rarity.

And they immediately jump in when I ask them about building on a plot of land with trees on it. To be fair, I assumed they would have cut many down in order to build.

“One of the most important part for us was that we did not want to touch any tree, none,” David and Giorgi stress me. “Trees are what make an environment, they have history, they give us clean air. So, we built around the trees instead.”

For both Giorgi and David this is their first real estate development project. And it didn’t even start as one. It all started with a small dream to move their own families to a greener and cleaner area. That was four years ago. And only a few years later it has turned into Tbilisi’s most ambitious development projects. A place where the two will live with their own families as well.

The friends invested their own money into the project, and were further supported by the Bank of Georgia and family and friends. The two see the Krtsanisi Residence as their own child. And that shows in their approach.

Having lived abroad in the US and Europe, the close friends realized when they came back that while you pay quite a lot for housing in Tbilisi, what you get in return is often well below any quality standards. And they know this from their own experiences.

“I bought quite an expensive apartment in Tbilisi in 2004,” David tells me, “but I can hear everything the neighbors do, our hallway is completely neglected by the residents, and when someone flushes the toilet, everyone wakes up.”

And not only the quality is something which David and Giorgi experienced firsthand. I ask them about the well-known cases of ponzi-schemes in Georgia’s real estate development market, and they tell me they themselves had fallen victim to it.

“Both me and David have lost money and apartments due to unfulfilled promises by construction companies,” Giorgi tells me.

The ponzi-schemes, in which companies were not able to finish apartment blocks, cheated thousands of regular Georgians from their savings, leaving them without their promised apartments.

Having experienced this, Giorgi and David knew that they would only start actively selling after the Krtsanisi Residence lofts and townhouses were completely finished. Now, the gated community project is almost finished constructing, with active sales starting this October.

A few days earlier to the coffee I had with David and Giorgi, I met with Giorgi and David’s son Nikoloz, who also works for the company, at the Krtsanisi Residence. And saw the development with my own eyes.

Driving up to the community, surrounded by several embassies and the European Union Monitoring Mission, feels as if you are driving out of town. The Krtsanisi residence has a rich history and was chosen by Soviet bureaucrats based on several different environmental studies to serve as residencies for Soviet leaders.

The area was divided up into several different plots after the majority was auctioned off in one the country’s first privatization rounds in 2004, and is only a three minute drive away from Tbilisi’s old town, the city’s largest tourism hotspot.

When I ask Giorgi if he is afraid that his project will lead to more traffic going from the outskirts to the city center during rush hour, he explains me that Krtsanisi is basically the city center and will not increase commute for anyone.

“Every day I drive my kids to school from Vake to Dighomi, and that takes me longer than Krtsanisi to Dighomi,” Giorgi explains.

The original residency has been divided up in several plots, bought by Embassies and private investors. In 2013, Giorgi and David bought with the support of Bank of Georgia a 26,000 m2 plot at the entrance of the residency, right next to Sheverdnadze’s former summerhouse.

A gorgeous Soviet-time built gate leads through the trees to the construction site, with most of the buildings already seemingly finished. The residence consists of eco-friendly and energy-efficient constructed lofts, townhouses, and villas – all with energy efficient insulation, and includes underground parking, a gym, tennis court, and community center.

With beautiful, enormous custom made aluminium windows from Germany, including heat and double sound insulation; brick facades from Feldhaus Klinker; and especially solid imported cement, the Krtsanisi Residence looks like no other real estate project I have seen in Georgia. That, combined with smart floor layouts, gorgeous high ceilings and open spaces, make the project a first – in hopefully more – of combining sustainability, nature, and luxury.

All residents sign an extensive and detailed contract obliging them to join in the costs for maintenance and services – which will be done through a not-for-profit company with open and transparent accounting for the residents to check; and forbidding the residents to alter the space of the underground parking and outside facades.

A collaboration with Rooms Hotel to share design, lifestyle, and service experience has also been set up. “And we’ll be able to share more about this in the near future,” Giorgi tells me.

Back in the office, Nikoloz shows me several official documents with the results of the air quality tests they had ordered twice. “Krtsanisi has extremely clean air – even compared to urban areas worldwide,” Nikoloz explains me, adding they conducted the tests in the midst of construction work, during the day. And I can see on the tables that of all the components found in the air, all are far below any regulated standards.

“It’s the Kojori valley air that travels down via Krtsanisi into the city,” David tells me, “it’s the cleanest air you can get.”

Initially, the two friends had planned to build a few houses for them and their friends on the plot of land they bought in 2014. But along the way they realized that they could create something with added value for more Georgian and Expat families in the country: environmentally friendly housing with European construction standards and bringing back a long lost community feeling.

And the two friends also hope that their approach to building sustainably will have a spillover effect on the overall real-estate development in the country. 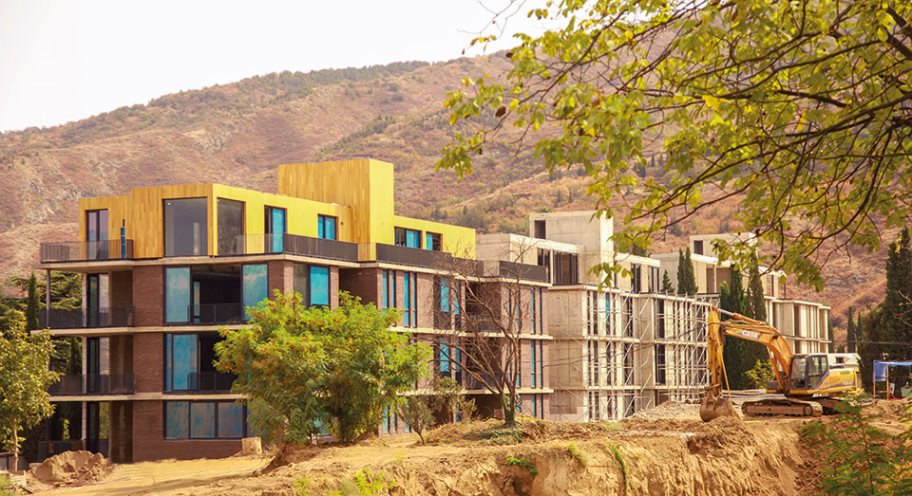 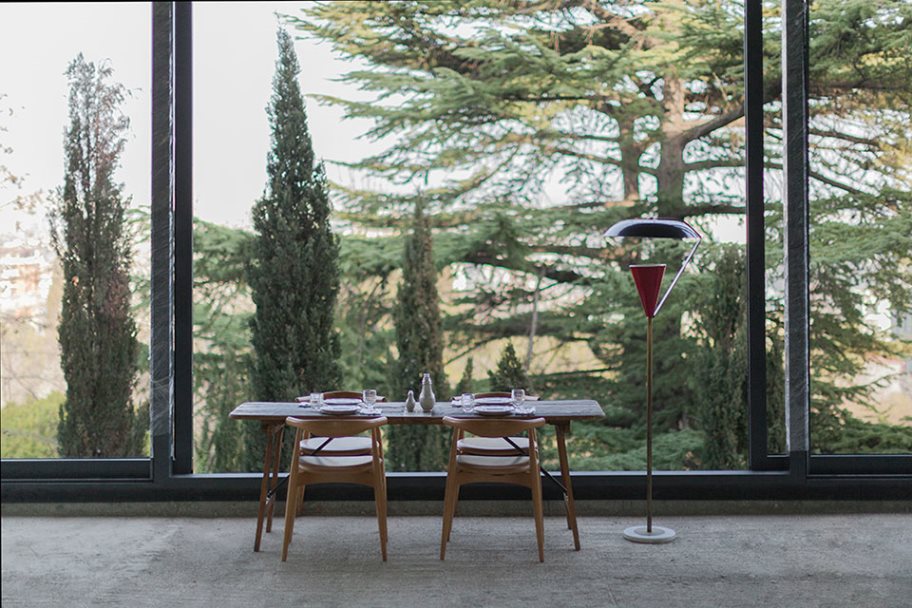