According to the American Association of Wine Economists (AAWE), in 2014-2016 Georgia was ranked 5th in the world with regard to the average price per litre of its wine exports. France topped the rankings published by the prestigious American organization. The average price ofexportedwine varies by export market. The Georgian National Wine Agency figures differ slightly from the AAWE data. 2017 was a record year for Georgian wine exports in terms of quantity. However, export revenues reached their peak in 2014 – a year after the lifting of the Russian embargo. Up until the start of the embargo in 2006, Russia was the only major export market for Georgian wine. Following the embargo, Georgian manufacturers began diversifying its export markets. The Russian embargo also led to a significant increase in the quality of the Georgian wine, as the average export price soon almost doubled. Although the number of export markets grew and surpassed the 55 mark, Russia remains the largest importer of Georgian wine (61% of the total export for the first 11 months of 2018), as a result of which, the aforementioned growth has not been accompanied by an increase in the average price of exports. 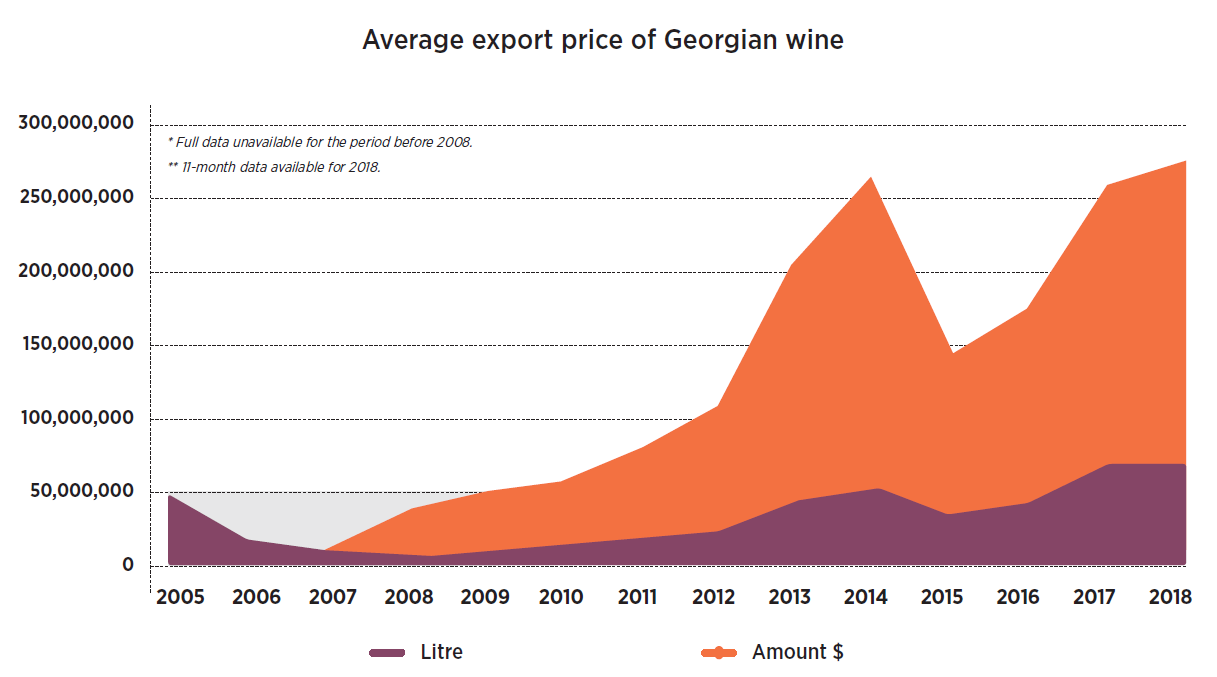 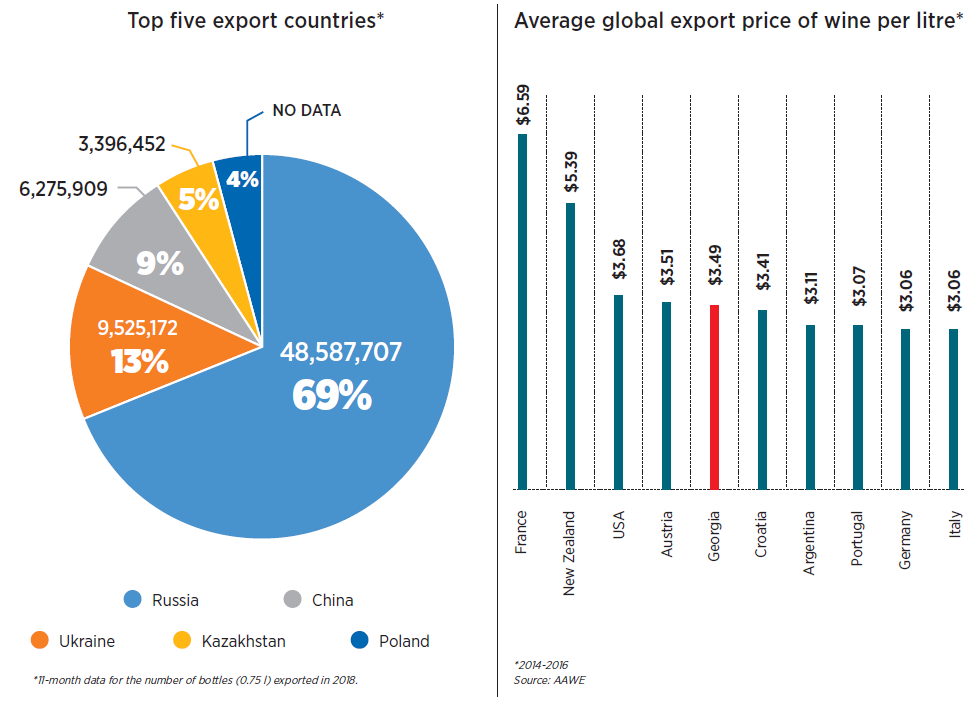