In partnership with the consulting firm EBIT Group and based on the reports published on Reportal.ge, Forbes Georgia has created an index of Georgian construction companies. Approved by Grant Thornton.

The construction sectoris one of the most stable and profitable in the Georgian economy. The Law on Publication of Financial Reports, which recently came into effect; has also affected the country’s largest construction companies. In partnership with the consulting firm EBIT Group and based on the reports published on Reportal.ge, Forbes Georgia has created an index of Georgian construction companies. The list includes companies that are primarily operating in the field of construction but does exclude development firms.

The construction index is based on the following criteria: the companies’ total revenue, net profit and size of assets.

The index includes companies that are involved in the construction of residential properties, as well as highways and tunnels.

The list is mainly composed of contractors that implement projects and carry out various engineering works for the government and development companies. Development firms that conduct their own construction works are also included in the list and are marked with an asterisk (*).

Based on the report, the country’s twenty largest construction firms posted total revenue in excess of GEL 1.4 billion last year. 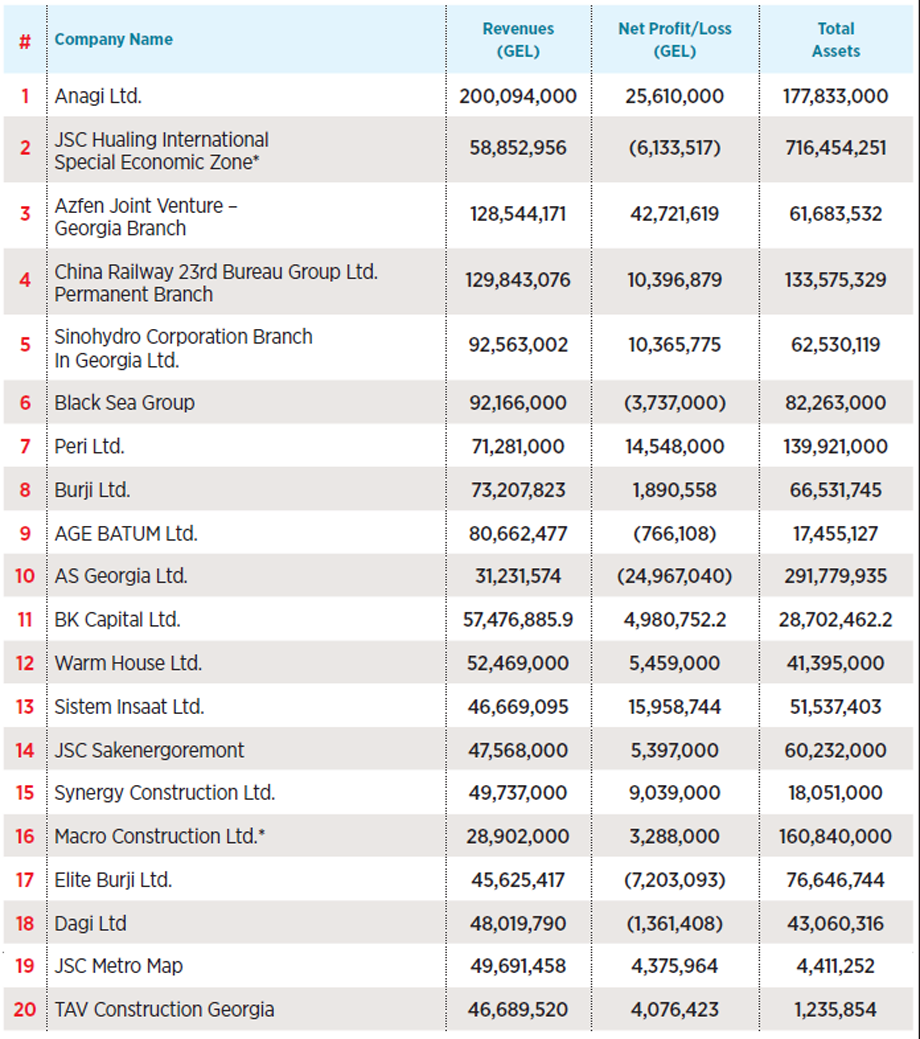 This index has been composed using published audited financial reports. The figures are presented in the same form as they are presented in the companies’ profit and loss statements. Significant players on the development market have not published their annual accounts for various reasons, one of them being the fact that they often operate with a fragmented structure, meaning that they create one or more legal entities for each project. These legal entities are not united in a holding company, which makes it difficult to assess their true scale. For the purposes of compiling this index, Forbes Georgia mainly focusses on construction firms, rather than development companies.