Georgia is undergoing a large-scale reform designed to increase transparency in the private sector. Companies that meet the relevant criteria are now duty-bound to publish their audited financial statements. 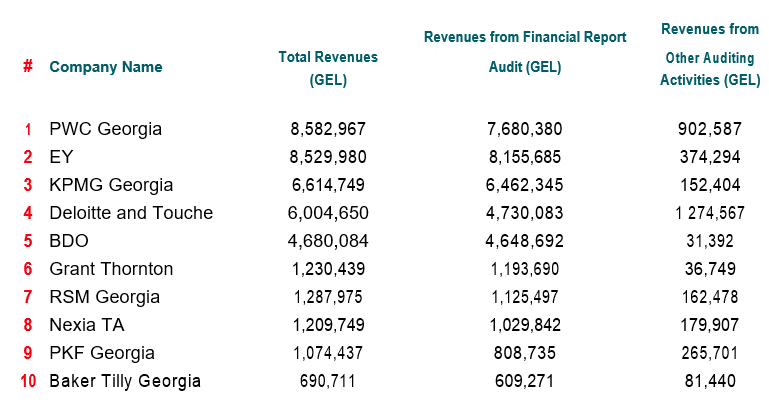 According to the report published on Reportal.ge, based on the evaluation prepared by the consulting firm EBIT Group, the top 15 auditors have a 67% share in the total number of published reports.

Based on the analysis of audit reports published by the EBIT Group on Reportal.ge, the results per sub-category are as follows (only the top 5 companies are shown):