Tourinvest is celebrating its 10th anniversary, and the volume of its investments has surpassed the $200 million mark, with the BelleVue Residence Batumi project alone worth $130 million. The company has 600 employees and is headed by the 28-year-old Giorgi Abashidze.

The company Tourinvest is celebrating its 10th anniversary, but 10 years were not necessary to become one of the largest investors in the country. During this period, the company implemented numerous important projects for Georgia as a whole, and Batumi in particular, adding value to the city’s tourism industry.

One of the most remarkable projects of the company is a highend multifunctional complex in Batumi unifying BelleVue Residence Batumi and a 5* hotel Hilton. The project of both buildings (BelleVue Residence Batumi and Hilton) was designed in London, United Kingdom, by the British company RTKL. Construction process involved British, Swedish and German specialists. Each detail was planned and prepared in advance, with the project authors also overseeing its execution until the quality control and evaluation process was finalised by the UK-based Mace International.

The construction of BelleVue Residence Batumi – the first complex of its kind in the city – began in 2009 and was completed in 2015.The complex was built in full compliance with international standards, and three years ago satisfied all obligations that became part of Georgian law only this year. For example, the building includes a fire safety system with fixed water pump devices, outer wall endurance and high-quality staircase exits. The exclusive aspect of the complex is its residents’ access to the five-star Hilton Hotel’s infrastructure.

“With this project, we were aiming at raising the existing standards on the real estate market and create a residential complex of the highest quality,” said CEO Giorgi Abashidze.

Tourinvest has 600 employees, an annual turnover of more than GEL 25 million and is managed by the 28-year-old economist Giorgi Abashidze. He first joined the company in 2010, quickly rising through the ranks of the financial department. Within two years of his hiring, he was handling the financial director portfolio. Six years ago, he was appointed as the company’s general director and he has held this position since then.

“For us, it was important to give our clients more than just an apartment. Emotions, feelings and comfort play an important role for us. Therefore, all our apartments are bright, warm, and designed to create only positive emotions,” said Abashidze, who offered Forbes Georgia an inside look at the BelleVue Residence Batumi.

Imagine watching the sunset from a small, colourful balcony, or having breakfast in a bright kitchen that overlooks the sea – here, every apartment offers these opportunities. The windows stretch from floor to ceiling, and the apartments have been designed to take advantage of gorgeous views on the Black sea and Nurigeli

The 20-storey building occupies a 21,000 square meter area on the seaside, and it includes 114 apartments, a two-level underground parking garage and other amenities.

The firm foundation was the company’s priority from the very beginning. Therefore, the German specialists from Bauer spent 2 years on building it. In total 380 piles were used the longest one going 42 meters deep into the ground. This has resulted in an exceptionally firm building able to withstand a magnitude 7 earthquake. It is important to note as well that €14 million was spent solely on the foundation.

Parking your car is easy here. The solid foundation has given an opportunity to build the first and so far the only two-storey underground parking in Batumi. Moreover, the parking garage has passenger elevators that take residents straight to their apartments. Designed by the Finnish company Kone, the two passenger lifts and the fire elevator guarantee comfortable and safe movement throughout the residential complex.

Coming out of the elevator, visitors immediately notice that one of the project’s main advantages is relatively small amount of apartments per floor varying from 6 to 15 thus guaranteeing cosy and comfortable ambience.

The ventilated façade is able to successfully combat Batumi’s humid climate, as specially designed air vents allow the air to circulate at all time. The façade is decorated with Marestone tiles, which have thermal insulation and fire-resistant membrane. Fire safety is one of the main priorities of the designers, and the complex fulfils all international and Hilton standards in this regard. Each floor is equipped with smoke detectors, a fire hydrant and fire extinguishers.

All apartment entrance doors are fireproof for approximately 45 minutes. In case of fire, various sections of the building can be automatically isolated from each other using the fireproof doors, which prevents the fire from spreading.

The apartment block is equipped with a fire elevator and two fire escape points. The fire system is directly connected to the Hilton Hotel, and is inspected on a weekly basis. The apartment block is equipped with an energy-efficient Mitsubishi VRV central air conditioning controller. Each apartment also has its own, independently controlled system. Its flexible design enables easy control and regulation of temperature in various sections of the apartment.

Data from Colliers reveals that Batumi is undergoing a construction boom. However, the quality standards at BelleVue are among the highest not only in Batumi, but in the country as a whole.

“As we prioritise customer comfort and convenience, we offer our apartments in three different conditions: black box, white frame and finished [furnished] apartments. Furthermore, we employ tailored approach, and we can adapt to the customer’s wishes. Even in the case of finished apartments, we can take the client’s requirements into account,” said Abashidze.

The complex already has residents, some of whom are renting out their apartments for substantial sums (approximately $2,000 per month). In addition, the number of people wishing to lease these apartments long-term is growing each day.

Despite the fact that “BelleVue Residence Batumi” is the project that outruns the time, the company management constantly strives for perfection:

“We are working on creating added value for our customers: improving the existing services, creating and delivering various new services, and supporting the modern development trends and rhythm,” said Abashidze. He also revealed that the company plans to start the first educational and interactive museum in the Argo Entertainment Center, another project managed by Tourinvest. “We will be utilising our real estate resources one stage at a time,” said Abashidze, noting that Tourinvest began investing in Georgia in 2009 and has already surpassed the $200 million mark. BelleVue Residence Batumi alone is worth $130 million. Prior to this, the company’s name was associated with bringing the Hilton brand to the city and building five-star hotel. Tourinvest also created one of Batumi’s main tourist attractions: Argo Entertainment Center which unifies a cableway and a Georgian restaurant offering tourists stunning views of the city. 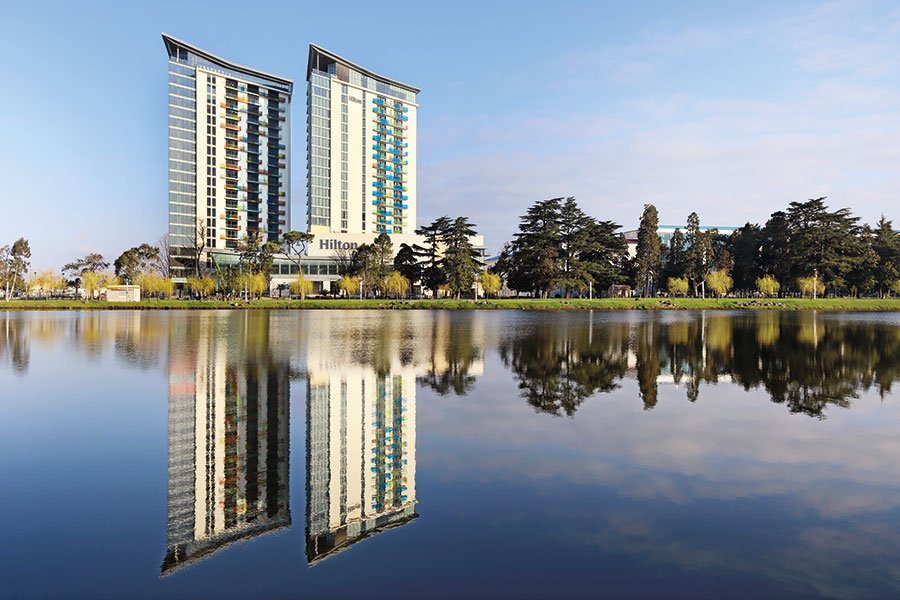 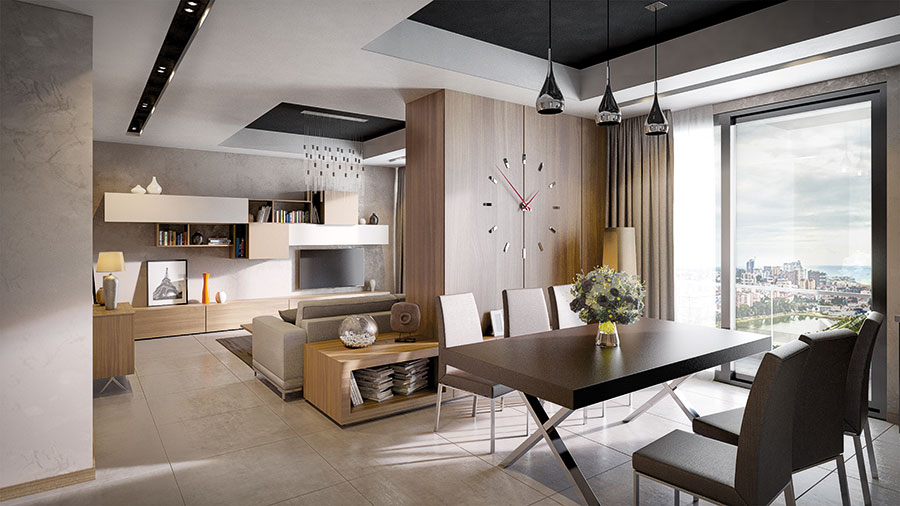