This autumn Georgia is undertaking its most significant and comprehensive electoral reform since independence. This reform process creates a great opportunity for the country to strengthen its young democracy.

As part of the reform, Georgia looks to fundamentally alter the way it elects members of Parliament, apportions and regulates political party and campaign finance, and administers campaigns and elections. These changes will set the conditions for Georgia to develop a stronger political party system, foster electoral competition on a level playing field, and achieve greater pluralism and balance in Parliament.

As Georgia embarks on these consequential reforms, the U.S. Government, through the United States Agency for International Development (USAID), stands ready to support through innovative activities that engage local partners. Like in the past, our new initiatives do not choose political sides. Instead, informed by empirical analysis, our work aims to empower citizens of all political orientations to seek to help Georgia transition to a mature, consolidated democracy.

USAID partners with our Georgian counterparts to build the capacity and conditions for Georgia to lead its own democratic development. For almost three decades, we have supported Georgia on this journey by supporting initiatives to develop political parties, strengthen electoral administration, and tighten civil society oversight of democratic institutions.

In 2019, USAID launched a new four-year, $14 million initiative titled the Elections and Political Processes project (EPP). Our initiative will support electoral and political stakeholders to realize the potential of new reforms, prepare for the 2020 and 2021 election cycles, and address the remaining gaps to achieving self-reliance in Georgia’s political and electoral sphere.

Assessing the political landscape, Georgians express much less trust in political parties compared with peer democratic nations. According to the World Values Survey, just one out of every five Georgians acknowledges some degree of confidence in political parties. This strongly correlates with the perception that politicians do not represent voter interests. In fact, polling by the Caucasus Research Resource Center (CRRC) shows that just two out of every five Georgians believe politicians represent their interests.

The concept behind these new programs is straightforward: by helping shift the focus of national politics away from personalities and toward issues that Georgians truly care about, public trust in the political system will grow. By fostering more citizen-responsive politics, USAID is recasting Georgian citizens as the core program beneficiaries.

Before Georgia can expect stronger issues-based political parties, the country needs more issues-based voters. Our new efforts prioritize work with regions-based citizens and grassroots civic organizations to equip them with knowledge and tools to connect with political parties, effectively communicate their interests, and hold parties accountable. Instead of waiting for parties to engage them, voters can develop proactive approaches to advocating for and articulating their interests. Our work aims to make this happen – and not just during election years.

Supporting local organizations is paramount as Georgia strengthens its electoral and political systems. USAID is investing significantly in direct partnerships with Georgian organizations. Non-partisan local organizations have roots in local communities and a keen sense of the context behind development challenges. Most importantly, they should continue to work long after international donor-supported projects end, and help form the core of strong, independent institutions that all democracies need. For this reason, USAID has expanded its base of local partners to explore and implement local solutions to local problems.

Our new initiative comprises seven different projects, six of which are implemented by local partners. They include three brand-new new partners for USAID. In terms of financial support, compared to previous efforts, this new initiative will more than double the funding available to local partners. The seven distinct projects will work together as one program unit to ensure elections are conducted on a level playing field and politics are more responsive to the needs of citizens.

At the center of USAID’s new initiative is the Consortium for Elections and Political Process Strengthening (CEPPS). Under CEPPS, the International Foundation for Electoral Systems (IFES) supports electoral reform and administration, the International Republican Institute (IRI) supports political party development, and the National Democratic Institute (NDI) supports civic organizations and their ability to advocate their interests. USAID does not choose favorites; our work aims to engage all significant, democratically oriented parties.

Georgia is a dynamic country that has made considerable progress since regaining independence. We believe this new USAID initiative represents a significant new opportunity for Georgian society to lead its own democratic development.

ABOUT USAID IN GEORGIA

As the leading development agency of the U.S. government, USAID supports Georgia to build the capacity to finance, plan, and implement its own solutions to development challenges. USAID has worked in Georgia since 1992, supporting the country’s transformation into a developing democracy that is increasingly integrated into Western political, security, and economic institutions. More than 30 USAID programs stimulate inclusive economic growth, develop democratic governance, enhance energy security, and foster social inclusion. 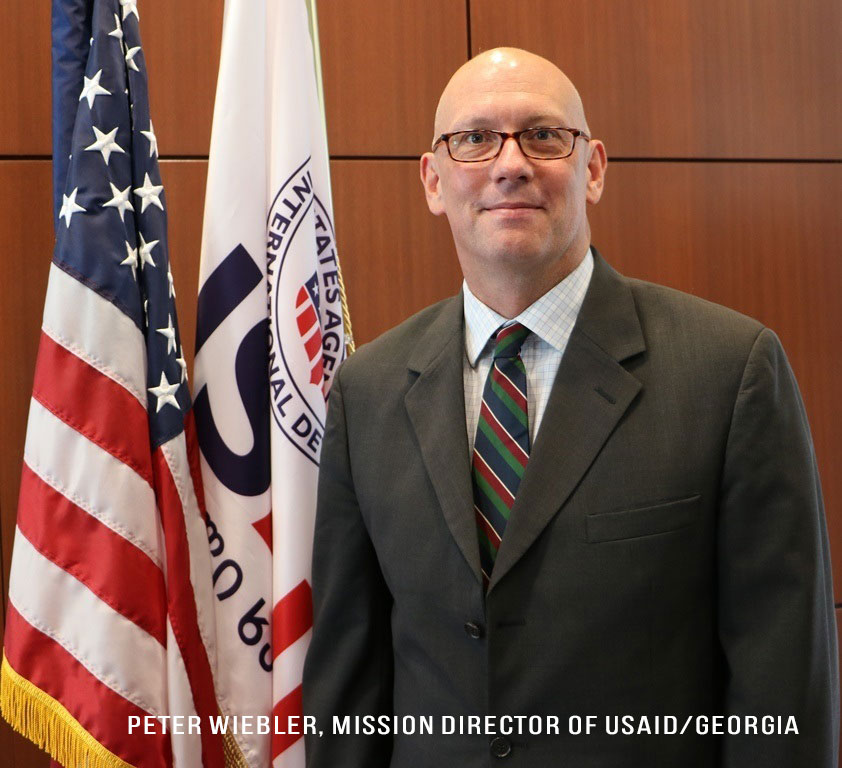