THIS SEPTEMBER MARKS a major milestone for Forbes: The 100th anniversary of the inaugural September 1917 issue. Almost a year later in 1918the magazine published its first issue on America’s richest people with the byline of the founder, B.C. Forbes (Malcolm Forbes’ father and the journal’s current owner Steve Forbes’ grandfather): “America’s 30 Richest Own $3.68 Billion.” Many of those on the list were landmark, well-remembered figures such as Rockefeller, Morgan, and Carnegie.

One century has passed since the inception of the magazine –a century that saw monumental changes to the planet. But the idea of the magazine has not changed much since then: through the lens of free enterprise and entrepreneurship, Forbes continues to explore and record pivotal moments with the goal of inspiring entrepreneurs of the world to reach their highest potential. It is also fascinating how the idea of featuring the human factor behind businesses has been manifest throughout Forbes issues since 1917. Personalities continue to dominate the Forbes concept. And it is quite logical since humans are behind the advent of game-changing inventions and movements that have ultimately reshaped the world and transformed our society.

Indeed, one could tell that Forbes’ ‘personality concept’ has been rooted in B. C. Forbes’ biography. Which reveals much about what influenced his thinking and how that complemented what the magazine has evolved into. Forbes’ founder believed in the good of doing business – business which would bring prosperity and happiness to the people around.

It all started in August 1904 when B. C. Forbes left Scotland for America. By promising to “work for nothing,” Forbes convinced New York’s Journal of Commerce and Commercial Bulletin to hire him as a reporter. His reputation was growing and he was also offered the chance to write a regular editorial column for the journal, which soon led to an opportunity to write another column for a rival New York paper. When newspaper mogul William Randolph Hearst sought to give his New York American paper a better financial page, it was natural that the prolific Forbes seemed the most likely candidate.

Though increasingly well-paid by Hearst (more than $185,000 a year in today’s terms), in September 1917, Forbes decided to leave the position behind to run his own publication. By relying on his continued income from a column for Hearst’s paper, as well as loans from the many businessmen he had met as a reporter, Forbes established Forbes magazine to profile the “doers and doings” of the growing American business scene.

During this period, Forbes and his namesake magazine showed extreme resilience and an ability to navigate in hostile and economically unhealthy circumstances. October 1929 saw the coming of the great economic crisis when the terrifying free-fall in stock prices took place – Forbes magazine, along with the rest of the country, fell on hard times.

Moreover, in 1929 and 1930 respectively, two new competitors, Business Week and Fortune, joined the business magazine market. Both had a different approach to reporting on business. Business Week, for instance, took a news-oriented approach, while the monthly Fortune published long, in-depth analyses of various firms and companies. Forbes’s specific style and businessman-as-hero approach suddenly seemed less popular: the magazine’s advertising had fallen from 1,216 pages in 1929 to 269 in 1939. Through its circulation (102,000) Forbes was third to Fortune’s 248,000 and Business Week’s 192,000.

Again Forbes’ resilience shone through as he initiated pay cuts and helped lead the company out of the crisis and well into the future.

From America to Georgia

Since then, Forbes has expanded its reach to all continents. Its 38 international editions serve as the gateway to the world’s business leaders and entrepreneurs. The editions provide extensive opportunities to reach and connect with an audience of global power players and decision makers. Bearing this in mind, our team here at Forbes Georgia strives to provide extensive coverage of the major economic trends in the country and the region overall. Due to the smallness of Georgia, looking at economic developments from a larger perspective helps to explain what we are encountering on a daily basis and what local and foreign businesses need to know in advance.

At Forbes Georgia we also look at personalities. Young entrepreneurs, career businessmen and women and others – these are the people that stand behind business dealings and those new norms which are positively disrupting existing economic trends in the country. Understanding personalities is essential: indeed, their way of living, their childhood and thinking, largely explain what led them to where they are now.

At Forbes Georgia we strive to tell good stories and tell them well. We get to the point quickly and keep the reader interested through various means. Among them, the headlines are quite important. They are the gateway to an entire story, which gives you a chance grab the reader’s curiosity and convince them to consult our edition more often.

Another important feature is visual content, which helps increase engagement with the audience. Good headlines and striking visual features coupled with a near ‘psychological’ analysis of a personality behind a business is what we essentially do at Forbes Georgia.

From a much larger perspective, we at Forbes Georgia, like our colleagues across the globe, also witness those monumental changes that are currently shaping our planet. Global trade, the fourth industrial revolution and population growth-decline dynamics – these are the interlocking aspects which from beneath underpin the processes in Georgia and the wider region we live in.

We at Forbes Georgia are also at the forefront of how the above three interlocking forces impact the geopolitics of the region. Take the example of Georgia and Russia. The logic of geopolitics says that both countries will be confronting each other in all aspects. However, as the world steadily becomes an increasingly interconnected space and countries at loggerheads are less inclined to wage wars at the risk of disrupting existing supply chains, trade between Tbilisi and Moscow flourishes. The same goes for Armenia and Turkey, two countries that harbor deep mistrust towards one another: bilateral contacts are still expanding.

Thus, like Forbes’ 100 years, our journal is at the forefront of a rapidly evolving region where economics is intertwined with politics; where economic developments reflect wider trends across the world; and where young entrepreneurs fuse their ideas to the global trends to meet the local needs. 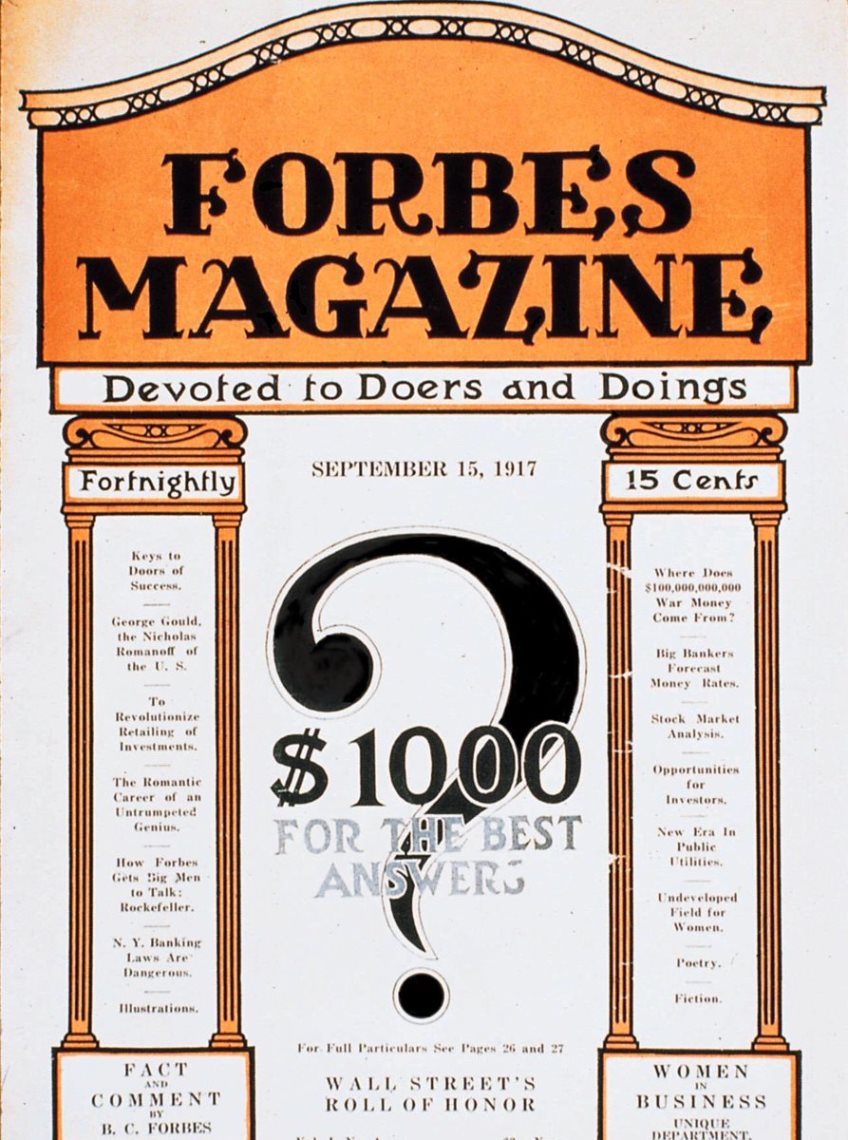