Forbes Media announced on February 12th the acquisition of the British online business publication, The Memo, for an undisclosed amount. The deal will result in the founding of the first full-fledged editorial team that’s focused on European content, with The Memo’s Founder and Editor, Alex Wood, taking on the role as European Editor.

The acquisition of The Memo is part of the company’s wider expansion plans in Europe and will enable the publisher to strengthen its presence in Europe and its European content on Forbes.com. Forbes will look to further expand its coverage and contributor network across Europe.

Mike Federle, Chief Executive Officer at Forbes, said of the announcement: “This is a strategic acquisition and part of a multiplatform initiative to grow and better serve our European readers and marketers alike. The formation of an official editorial team in London is an important element of this strategy. We welcome Alex and his talented team to Forbes.”

Taking effect immediately, Alex Wood will join Forbes as European Editor alongside The Memo employees including Alexandra Charalambous, Kitty Knowles and Oliver Smith. In support of this new editorial team, the London office, headed up by Charles Yardley, will make a move to a new and expanded office space in March.

Commenting on the move, Alex Wood said: “As a journalist, I’ve had the privilege of covering Europe’s smartest leaders in business – and in 2015 I decided to take the plunge and become an entrepreneur myself. Three years on, I’m excited to join forces with Forbes – one of the world’s most renowned media brands – to form its first full-fledged European editorial team. We will cover all corners of the continent and I look forward to sharing the stories of entrepreneurs and business success in Europe with Forbes’ global audience.”

As part of the acquisition, the majority of The Memo’s back-catalogue of content will be transferred to Forbes.com and will sit on the Europe-specific homepage and sections. As of the 1st March, The Memo site will redirect to Forbes.com.

“Forbes is expanding in Europe at a rapid rate across a number of platforms including editorial, events and franchising,” said Charles Yardley, Managing Director of Forbes Europe. “In 2017 we celebrated the first CMO Summit Europe and already in 2018, we have announced the first Under 30 Europe Summit, taking place in Amsterdam, and will be launching our CIO Summit franchise in May. These milestones, coupled with the appointment of a European Editor and full-fledged UK-based editorial team, shows the world that Forbes is committed to cementing its position in this region.”

Mr. Wood came to Forbes’ attention through the Forbes 30 Under 30 List when in 2016 he was chosen to serve as a judge for the List’s “Media Category.” Randall Lane, Chief Content Officer at Forbes, said: “We’re thrilled to be partnering with Alex Wood and The Memo, and thankful that we discovered him through our “30 Under 30” list which comprises gamechangers across different industry. Alex is the perfect person to build Forbes’ editorial reach and brand in the European market.” 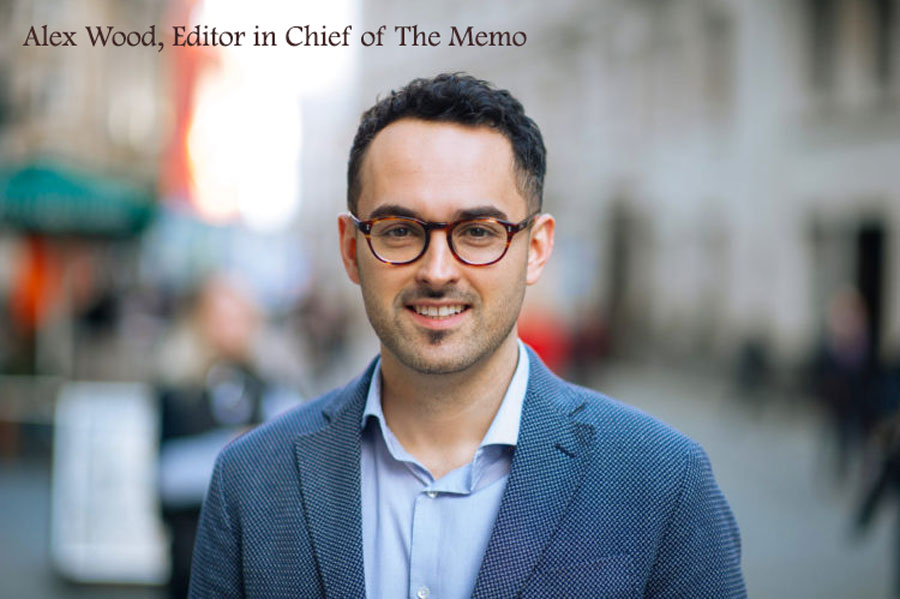