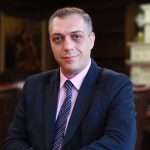 I currently serve as a corporate lawyer at one of the energy companies. Member of Georgian Bar Association. Author of more than 40 scientific and analytical publications.

1. Existing regulation of the shareholders’ lawsuit

According to the law of Georgia on “entrepreneurs”: “If a joint-stock company does not assert its claim against any third party, a shareholder may instead, and on benefit of the company, lodge a suit on his/her behalf for the fulfillment of that claim. Such shareholder shall be deemed a proper claimant, if the company does not file an action against the third party within 90 days after receiving a written request to that effect, or fails to prove that such an action prejudices the interests of the company”. (First and second sentences of the 5th clause of article 53).

The purpose of the mentioned legal norm is the following:

In any case, during this lawsuits claimant shareholder represents on behalf of the company’s interests and not his/her personal interest.

2. The addressees of the lawsuit

An addressee of the lawsuit is the third party. Under the “third party”, law on “entrepreneurs “does not mean the representative of the supervisory board and/or directorate and such party may be the person or private entity, which has definite economical and legal links with the company (for instance the supplier of the company). Accordingly, the lawsuit against such third party does not mean the dispute, which is arisen between the members of the intercorporate members.

Contrary to this, according to the practice of the Supreme Court of Georgia the quoted legal norm works during the shareholders’ lawsuits, where the addressee of this claim is the director of the company instead of the third party. Legal doctrine knows such claims as the derivative (composed) claims. Directors usually conduct such lawsuits, but in case of the shareholder considers that, the company’s director has violated his/her “fiduciary duty” as a director, the company’s shareholder may present the claim on behalf of the company against the director.

3. Prerequisites of starting the lawsuit

There are two preconditions for initiating shareholder’s lawsuit: to present the written request to the company in order to arise the lawsuit and company’s inactivity to arise such lawsuit. Inactivity should last within 90 days from presenting this request and it means not to start the lawsuit against the third party.

In the law, there is no answer to the question: which corporate body presents the “company”, which should consider such request? Particularly, it is shareholders’ general meeting, supervisory board or an executive board. This issue may arise several misunderstandings in the practice.

If the existing practice says that the third party may also be the director and the shareholder is going to arise lawsuit against him/her, it is clear that the director will not approve such request. In parallel, if the third party as an addressee of the claim is not the member of any corporate body, an issue concerning to consider such request, which represents the company still remains uncertain.

The situation will be more complicated if the shareholder wants to arise a lawsuit against several directors and/or against such director/directors, who is also a member of the supervisory board and/or member of shareholders’ general meeting.

According to the quoted norm, the 90-day period for obtaining the consent is illogical, as many things may change during this period. For example, there is a risk that someone (maybe third party/director, possible witness) destroys, disfigures and/or modifies possible vital evidences against him/her and/or creates different problematic circumstances that would complicate the effectiveness to find the authenticity of the case. 3 months is a quite comfort period for such illegal or similar possible actions.

Another problem is that, as a rule, such lawsuits are arisen by the minority shareholders and there is a different risk for them not to get the positive approval from the company to start a lawsuit.

In one of the decisions of the Supreme Court of Georgia is an explanation, which supports this opinion. According to this explanation: “There is an opinion in the scientific doctrine that if a shareholder appeals to the partners’ general meeting and refuses to start a lawsuit, it may deprive the shareholder’s right to start a lawsuit. Therefore, if it is clear that it would not have an effect to appeal to the partner’s general meeting; it should not be a precondition for the admissibility of such a claim. Moreover, the right of the minority partners to protect the interests of the company by initiating a derivative lawsuit would be out of practical accomplishment”. (Case N: AS-687-658-2016. 06 Nov. 2018).

Due to the considerations, described in this article, I present several recommendations: