New documentary about the Georgian-American artist David Datuna was released for free on YouTube. Directed by Brian Bayerl and produced by Michael Huter, Datuna: Portrait of America is as much a love letter to the United States as it is a portrait of Datuna. And that, Datuna said in a telephone interview this week, was the whole point.

“I came to the United States to find artistic freedom,” he said. “And I want to bring my message to as many people as possible.”

Datuna moved to New York from the country of Georgia in 1998, when he was 24, to escape the oppressive regime of the former Soviet Union, where his father was once arrested for listening to Elvis Presley. That proved to be a formative experience for Datuna, who was a child at the time, and it’s guided his own artmaking ever since.

In 2013 and 2014, when the bulk of Portrait of America was filmed, Datuna received international recognition for his “Viewpoint of Billions” project, an 85- x 114-inch sculptural rendering of the American flag comprised of countless news clippings and other text representing American culture, from the moon landing to Michael Jackson. Covering the immense mosaic of images and text are hundreds of eyeglass lenses. When the work was displayed at the National Portrait Gallery in Washington, D.C., each viewer was given a Google Glass eyepiece for a technology-enabled experience, allowing the viewer to access Google’s vast trove of information on each of the flag’s myriad elements. Visitors waited in line for more than two hours for a few minutes with the piece. Even the White House commended Datuna for the work.

That was three years ago, when Barack Obama was president and the policies of Vladimir Putin seemed far, far away. Datuna recognizes that if he were to create an American flag today, in the age of Trump, it would look very different.

Datuna began a new project in early 2017 that he plans to spend the next four years creating. “The concept is going to be absolutely different,” he said. “It will focus on the Trump era. How it will finish? I don’t know. Every situation that happens today is reflected in my art; what will happen tomorrow, I don’t know, but it will be in my art.”

Datuna believes that having grown up in the former Soviet Union, he may be more optimistic about America’s future than people who were born here and see in Donald Trump a threat to the very democracy and liberties that drew Datuna to the U.S. in the first place. “I think Trump is a big mistake for the United States,” he said, “but maybe we needed a mistake to see what we did wrong so that we can do better next time.”

In this, Datuna’s optimism is absolute. As he tells his 11-year-old son, David: “Only dreamers can build a new world, and we have a lot of dreamers here.” 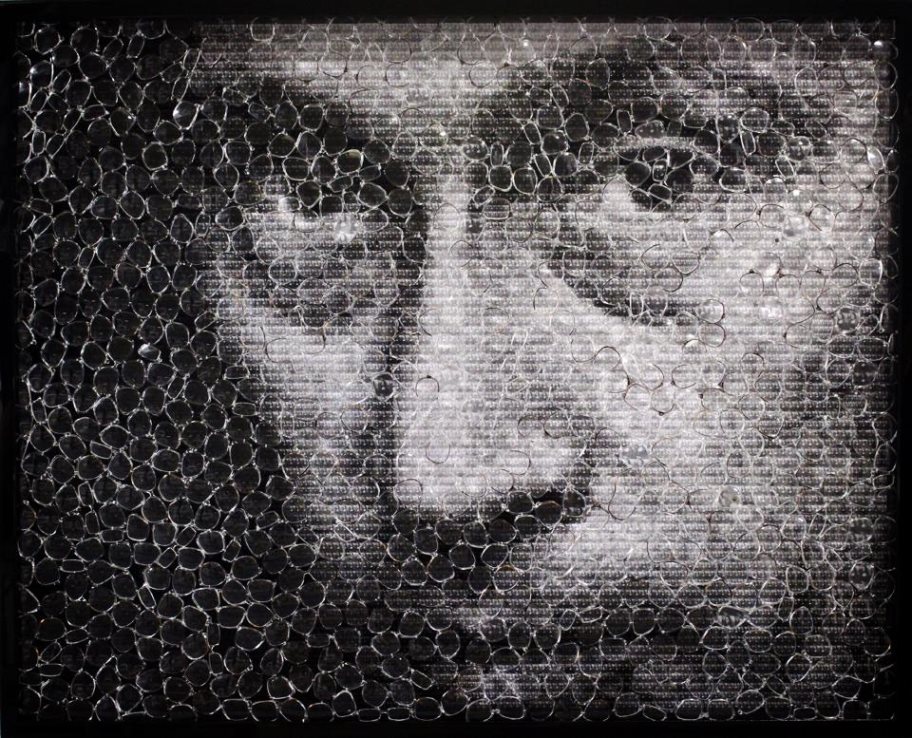