Gas extracted in the Azerbaijani section of the Caspian Sea by international consortium led by BP as part of the Shah Deniz Stage 2 project has reached, along the Trans-Anatolian Natural Gas Pipeline (TANAP), the borders of Turkey with Greece, Trend reports with reference to the official page of Azerbaijan’s state oil company SOCAR on Facebook.

Gas from the Shah Deniz field has reached the border with Europe on the historical day for Azerbaijan – on June 15, 2019, the National Salvation Day of Azerbaijanis, the report says.

Earlier, Head of TANAP consortium Saltuk Duzyol said in an interview with Trend that starting from April 15 of this year, line filling of the section, which is required to deliver gas to Europe, started. He added that the pipeline will be completely ready for commercial gas deliveries to Europe by July 1 of this year. 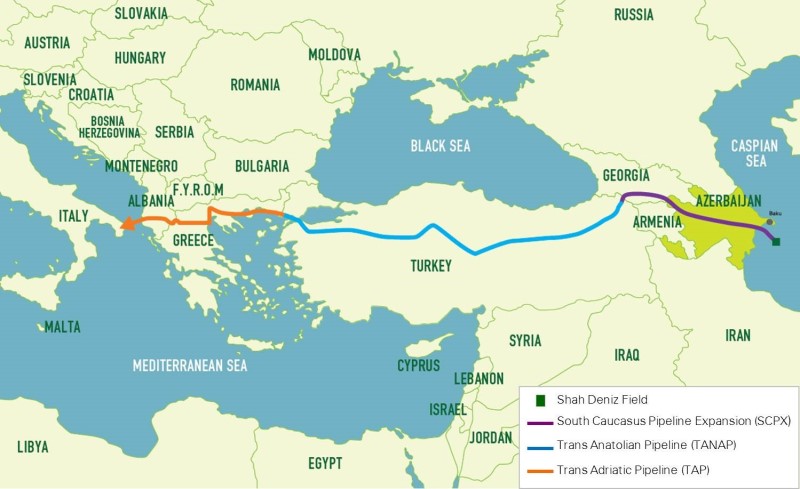