Despite the fact that both service and demand grows every year, the research reads, that 64% of the Airbnb apartments never gets booked.

In total, last year, the demand has grown twice in size. Also, as noted in the report, there is an over-production in Tbilisi with this being slightly lesser indicator than that of Istanbul.

It is noted in the research, that in comparison to other cities, the average income from Airbnb in Tbilisi is somewhat lower.

The average income per month in different cities is as follows: 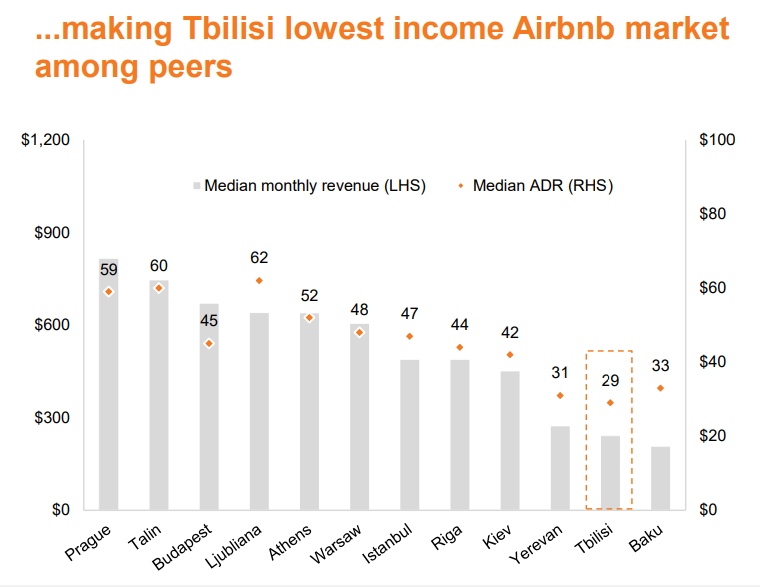 11% of the placement platforms in Tbilisi comes to Airbnb. For the sake of comparison, this number for London and Berlin changes to 7%; in Madrid to 10%, in Amsterdam to 12%, and in Paris to 15%.