The ifo World Economic Climate has improved considerably. The indicator rose in the first quarter of 2018 from 17.1 to 26.0 points, soaring to its highest level since autumn 2007. Experts assessed the current economic situation far more positively than last quarter. Their economic expectations also showed an exceptional improvement. The worldwide upswing consolidated in the first quarter.

According to experts, short and long-term interest rates will rise in the next six months. They expect world trade to pick up significantly. The price level increase in the world economy is expected to gather impetus in the months ahead. 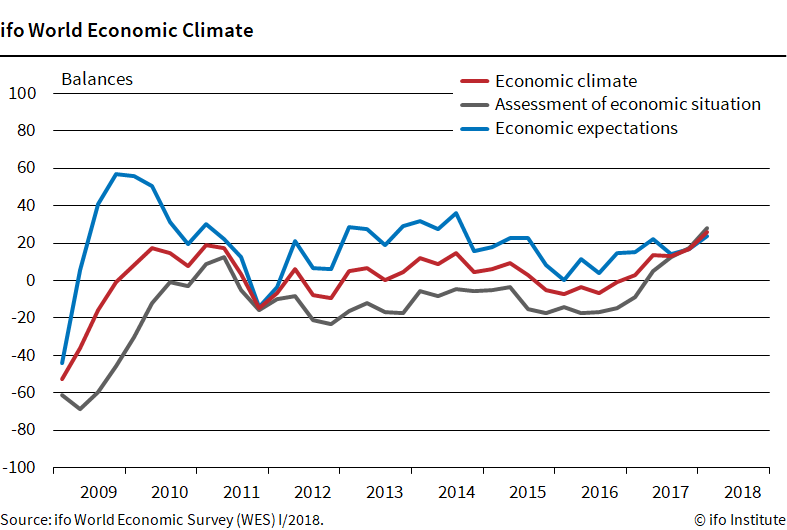 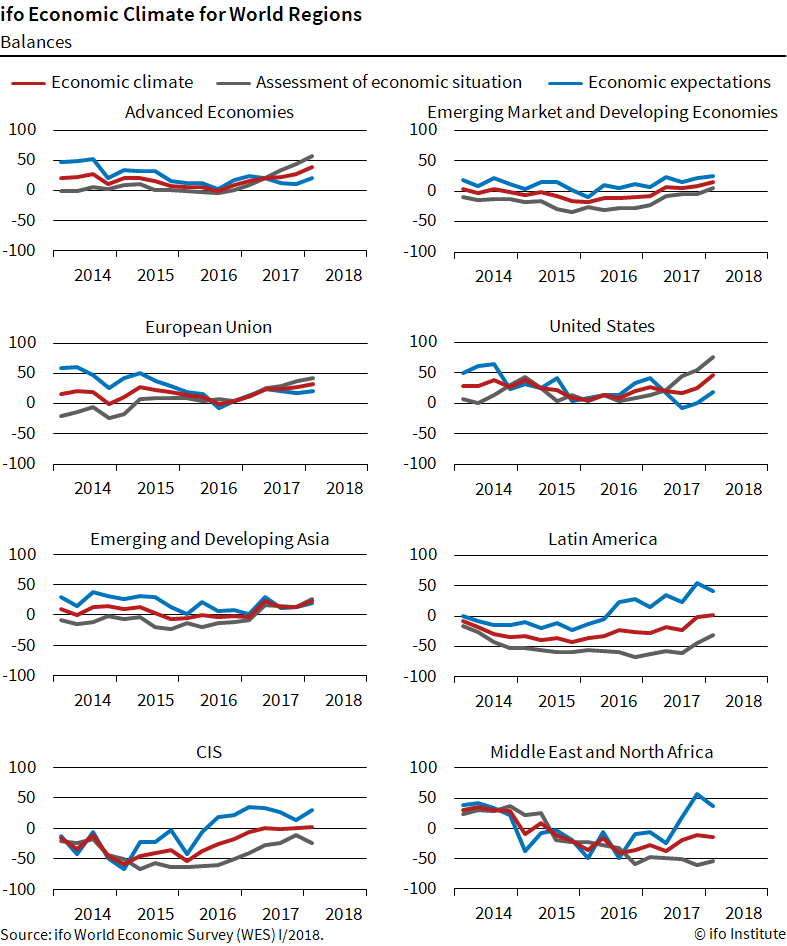 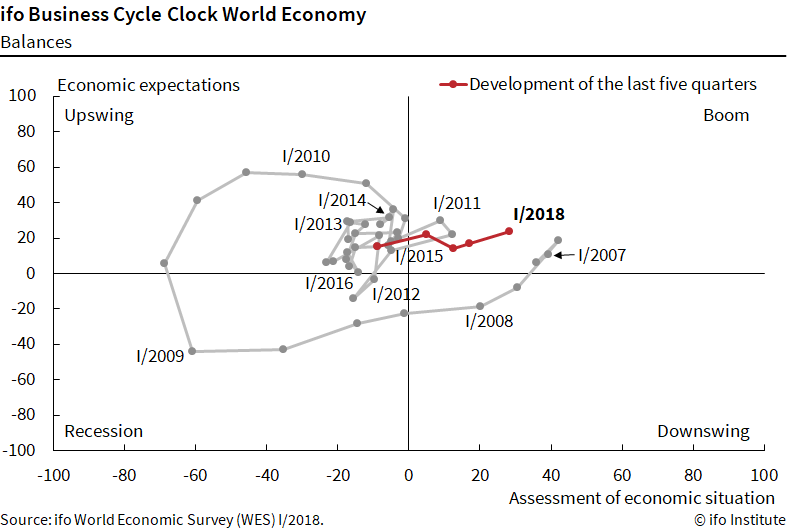 30 Years of Independence – How Did Post-Soviet Countries Achieve Growth?