Skip to content
მთავარი
English
One Year in: Did People Save More or Less During the Pandemic?
კითხვის სავარაუდო დრო 1 წუთი
Avery Koop
აპრილი 12, 2021 at 3:17 pm

Were people more frugal during the pandemic or did they break the bank? This visual assesses the saving rates across different countries. 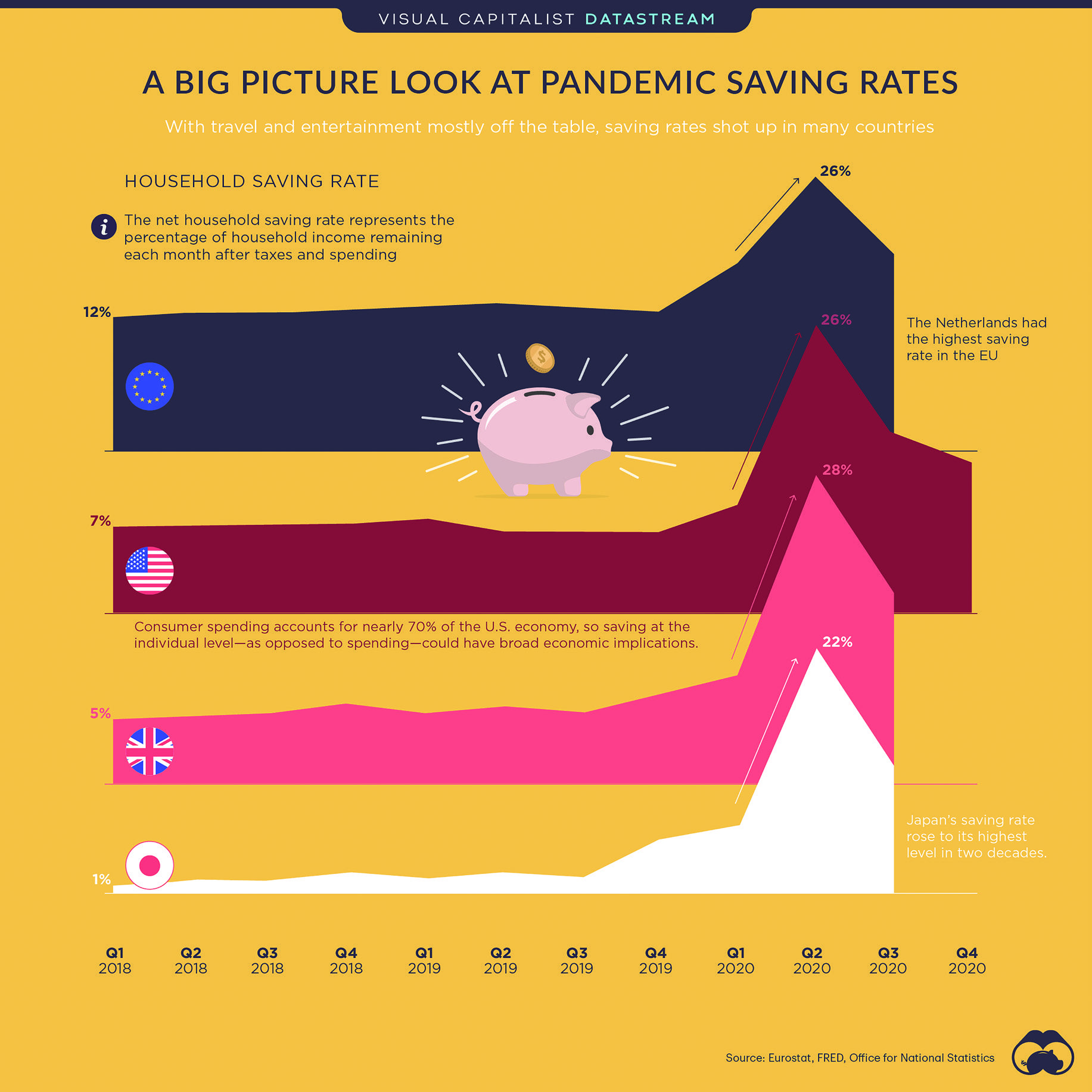 While working hours were reduced across the globe and many lost their jobs entirely, personal saving rates actually increased throughout the pandemic in many countries.

With the most recent data from September 2020, many European countries’ savings rates were up, as well—the highest rate occurred in the Netherlands at 24%. Japan and the UK followed a similar trend as well, at 22% and 28% respectively.

Personal saving rates tend to increase during recessions and, more generally, either increase because of reduced consumption or a boost in income.

Without the same access to restaurants, shopping, and travel, it is somewhat unsurprising that a trend of increased saving rates occurred.

Overall, the typical saving rates have not changed; what has driven up the country’s rates has been prudence and government checks. Whether or not this will influence future consumption or will continue a trend of increasingly large nest eggs, however, has yet to be determined.

The U.S. will likely see an increased inflow of government support, as Joe Biden’s $1.9 trillion stimulus package has recently passed in Congress.