Inspired, online marketeers Reboot Digital Agency delved into research to discover the best economies to start a business in 2018, in the hope, it will offer insight to both budding entrepreneurs and seasoned businessmen/women. To accomplish the research, Reboot utilized data from the World Bank Group.

Though missing out on the top 12 ‘best economies to start a business in 2018’, the UK ranks in 14th place, with a distance to frontier score of 94.58; a 0.12% decrease on figures in 2017. On British shores, it would take four procedures and four and a half days to start a business in London, almost double that of Auckland who take the number one spot.

“It’s encouraging to observe populist countries, like Georgia, Kosovo and Uzbekistan experiencing vibrant growth. It hints we are heading toward a rich, multi-cultural time in business, which will no doubt encourage us to venture to areas anew, to start-up or network. Some may even argue it will become essential to do so. I’m sure we will see continued change in the sector as businesses reform and push beyond old boundaries.”

Data considers: the paid-in minimum capital requirement, number of procedures (such as obtaining all necessary licenses and permits and completing any required notifications, verifications or inscriptions), time and cost for a small to medium-sized limited liability company to start up and formally operate in economy’s largest business city. 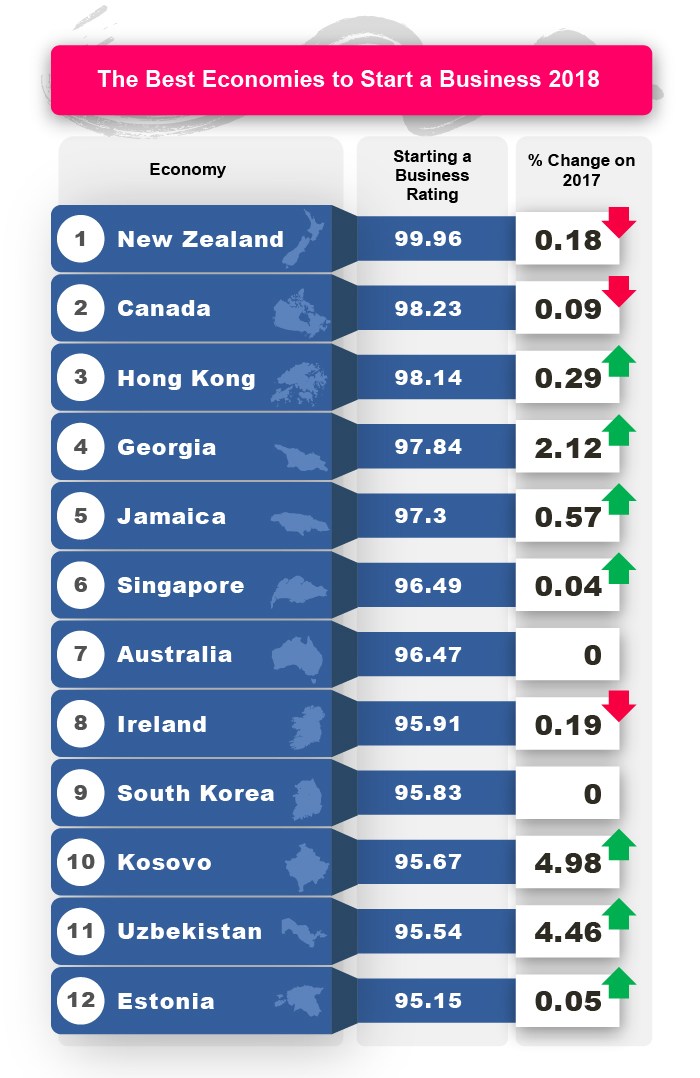