The construction sector, together with its related sectors, accounts for 8.5% of Georgia’s GDP and employs more than 100,000 people. In 2020, the industry had to deal with serious challenges and saw its turnover decrease by 24% in the second quarter, representing the largest decline after only the tourism sector. Nevertheless, there was a notable improvement in turnover figures in the third quarter.

The construction sector is divided into two main areas – construction of residential properties and buildings, and construction of special infrastructure (roads, bridges, tunnels, pipelines, power stations, and other facilities).

Unlike residential properties, large infrastructural projects are less affected by economic crisis, as they are often commissioned by the government.

The financial statements of construction firms are becoming ever more transparent, allowing us to compose a ranking of the largest companies operating in this sector.

Anagi is the main player in the Georgian construction market, implementing both largeinfrastructural projects (stadiums, factories, and airports) as well as residential buildings and hotels. The company posted total revenue of ₾241.5 million and a net profit of ₾34.5 million in 2019.

The second-largest construction firm is the Black Sea Group, which mainly builds road infrastructure. The company posted total revenue of ₾178.5 million and a net profit of ₾5.7 million in 2019. Third place is held by Age Batumi, which is a subsidiary of the Turkish construction firm Age Insaat ve Ticaret. The company was involved in the construction of the Shuakhevi HPP in 2019. It posted revenue of ₾139.3 million. The ranking also includes Chinese contractors building highways and tunnels on behalf of the Georgian government, as well as Georgian companies that are mainly involved in the construction of residential apartment blocks.

The rankings are based on 2019 financial statements. The thirty largest companies included in the ranking had a combined revenue of ₾1.81 billion in 2019. 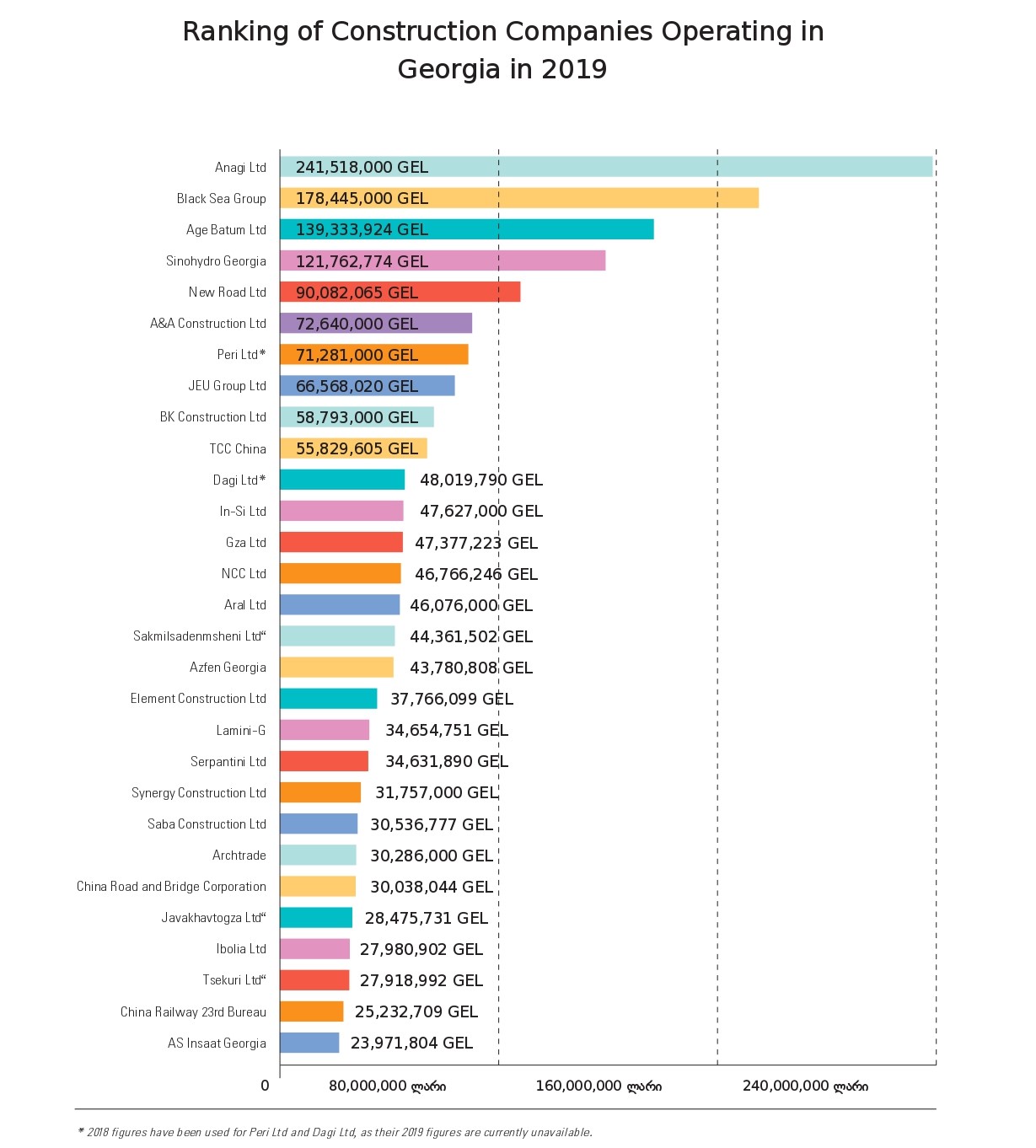