Skip to content
მთავარი
English
When You Love Music in Every Way Imaginable – A Georgian Musician, David Abuladze Is Creating a Solo Project in the U.S.
კითხვის სავარაუდო დრო 3 წუთი
Tamta Jijavadze
მაისი 18, 2020 at 10:39 am

Since childhood, his life has been connected to musical instruments and stage. From an early age, he has worked with many famed and not-so-renowned musicians and bands. He has authored many compositions, lyrics, and musical arrangements. But his main specialization is a percussion instrument. We are speaking of a Georgian Musician, David Abuladze, who, with years of musical experience, is working on a solo musical project in the United States.

Before discussing his new initiative, we are going to tell you more about his music career. David Abuladze is a unique musician from the perspective that he has multifaceted experience in the music industry. Probably, only a handful can successfully collaborate with the jazz players, classical music performers, orchestras, singers, and even electronic artists.

The musical diversity is the element that has collected David Abuladze’s experience and gave him a competitive advantage. “Because I am a professional, I have worked in almost every musical direction,”– remarked David Abuladze in the interview with Forbes Georgia and added that he is fond of every type of music, only if it is good. The sentiment is further amplified by his inability to choose his favorite genre and says that, depending on the situation, sometimes he listens to Vivaldi and, sometimes, to Nirvana.

It can be said that his longest musical collaboration is with Nino Katamadze and Insight, counting 15 years. According to David Abuladze, they have organized over 700 concerts together, also, have created a myriad of film scores and studio recordings.

Aside from working with Nino Katamadze, there were other popular partnerships, including – Davit Evgenidze, Nikoloz Rachveli, Niaz Diasamidze, Tamaz Kurashvili, and so on. Even this small listing affirms the musical quality of his creations.

“Every musician has his unique outlook and approach, so the daily variety of interaction with a given ‘‘true’’ musician is boundless,” – says David Abuladze.

Like any member of the professional spectrum; a musician, as well, should not halt his development. David Abuladze has tested his abilities in a multitude of ways and after years of quality musical experience has decided to leave for the United States and try his odds there.

David Abuladze is currently working on a solo project and crafts musical compositions. Like his music career, this project too is going to be varied.

“I will tell you in advance that this project, besides classical instruments, is going to feature various folk instruments from different cultures,”– says David Abuladze. Aside from this, the musician notes that his “product’s” sound is not going to be restrained by a specific genre and will be unconventional, a novel type of music. Precisely this is going to be the most interesting aspect to either a casual listener or a professional musician. 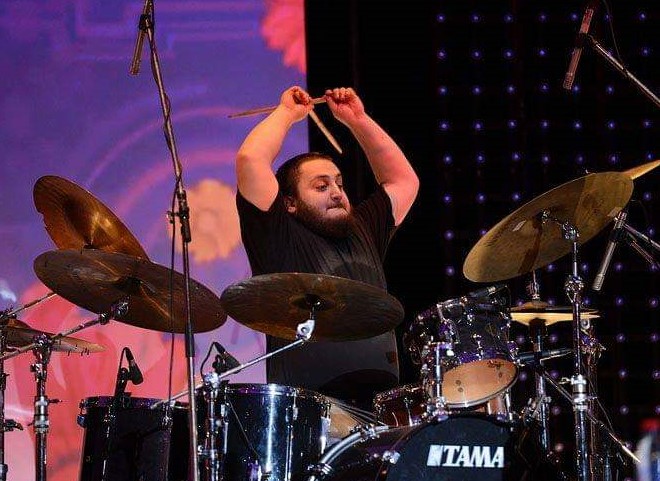 He is going to perform his composition with an assortment of American musicians. He promises to the music lovers that his project will include rather notable musicians whom he refuses to name.

The inception of his music career, in America, came at a tumultuous time. The coronavirus pandemic halted his work, “Barring the pandemic, absolutely nothing could have affected the musicians and music at large. Neither war… Nor climate conditions… Nor distance stops the music from being delivered to people. But the pandemic was able to do it,” – notes the Georgian musician. However, seemingly, with a positive attitude, the current situation will not tone his plans down.

“In this process, a financial side is important, especially, if you are working alone in an unknown environment. An IP television, MAR.TV, which broadcasts the Georgian channels worldwide is aiding me a great deal in recording the music and distributing it to the audience, for which I am extremely grateful,” says the musician.

Working on a solo project, in America, amidst the pandemic requires a prodigious amount of courage, but music is a musician’s very essence. Therefore, the obstacles will not be able to tame his “aspirations.”

Before the pandemic, according to Mr. Abuladze, he was only able to meet up with a handful of musicians, then everything closed. However, as soon as the restrictions are lifted, he is planning to resume the meetings. Until then, he is carrying on working from home.