WHEN IT COMES TO IDENTIFYING FAKE NEWS and separating fact from fiction, a high level of news literacy is paramount. This was a central theme of the latest edition of the Reuters Institute Digital News Report which focused on issues of trust and disinformation in news consumption. The research found that unsurprisingly, concern about fake news is generally higher among people with high levels of interest in news. Likewise, people with a good level of news literacy are more likely to spot satirical stories as well as spin or poor journalism.

When it comes to the prevalence of fake news, people in Turkey are most likely to say they have experienced it. The report found that 49 percent of Turkish respondents felt they were exposed to completely made-up news in the past week. Self-reported exposure to fake news is also high in the U.S, at 31 percent, no real surprise given its emergence during the 2016 presidential election and prevalence ever since. Surprisingly, given accusations of disinformation surrounding Brexit, the figure is rather low in the United Kingdom at just 15 percent. 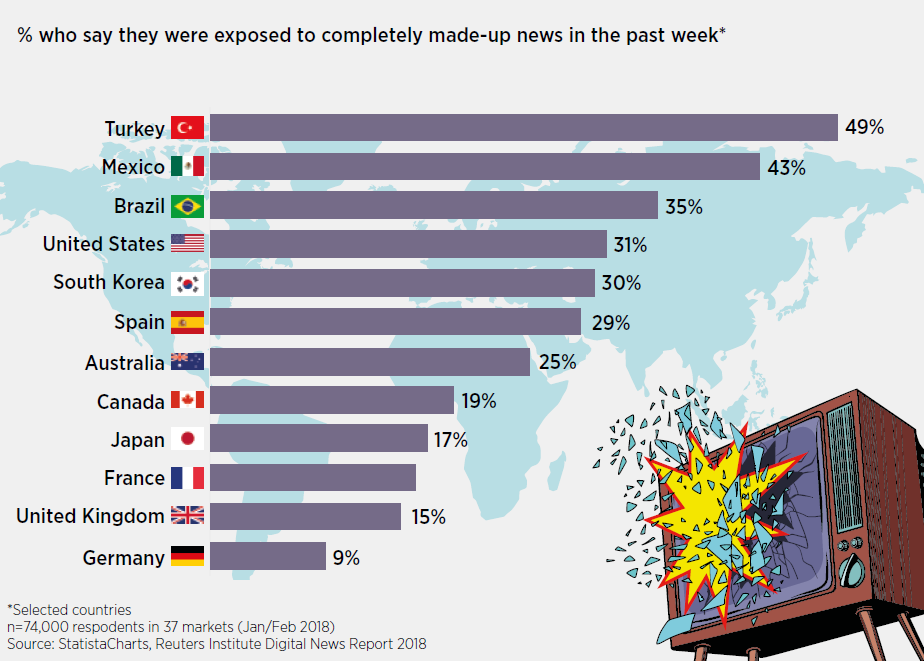