According to IMF data, Georgia is ahead of only seven other post-Soviet countries in terms of GDP per capita. The countries are Azerbaijan, Ukraine, Armenia, Kyrgyzstan, Moldova, Tajikistan, and Uzbekistan.

The IMF calculated that Georgia overtook Azerbaijan in 2020 due to the decrease in the latter’s gross domestic product. Azerbaijan’s GDP exceeded $75 billion in 2014 but was reduced to $41.7 billion by 2020 due to falling oil prices. Therefore, the per-capita GDP of the 10 million-strong nation is now less than Georgia’s. According to the IMF, Georgia is ahead of Azerbaijan both in terms of PPP ($643 gap) and nominal GDP ($281 gap).

Tajikistan is the poorest post-Soviet country with a GDP per capita of $3,560. The gap between Tajikistan and Lithuania, which tops the list, exceeds $35,800. At the current pace of economic growth (with average annual growth of 3.35%), it would take our country 28 years to catch up with Lithuania. 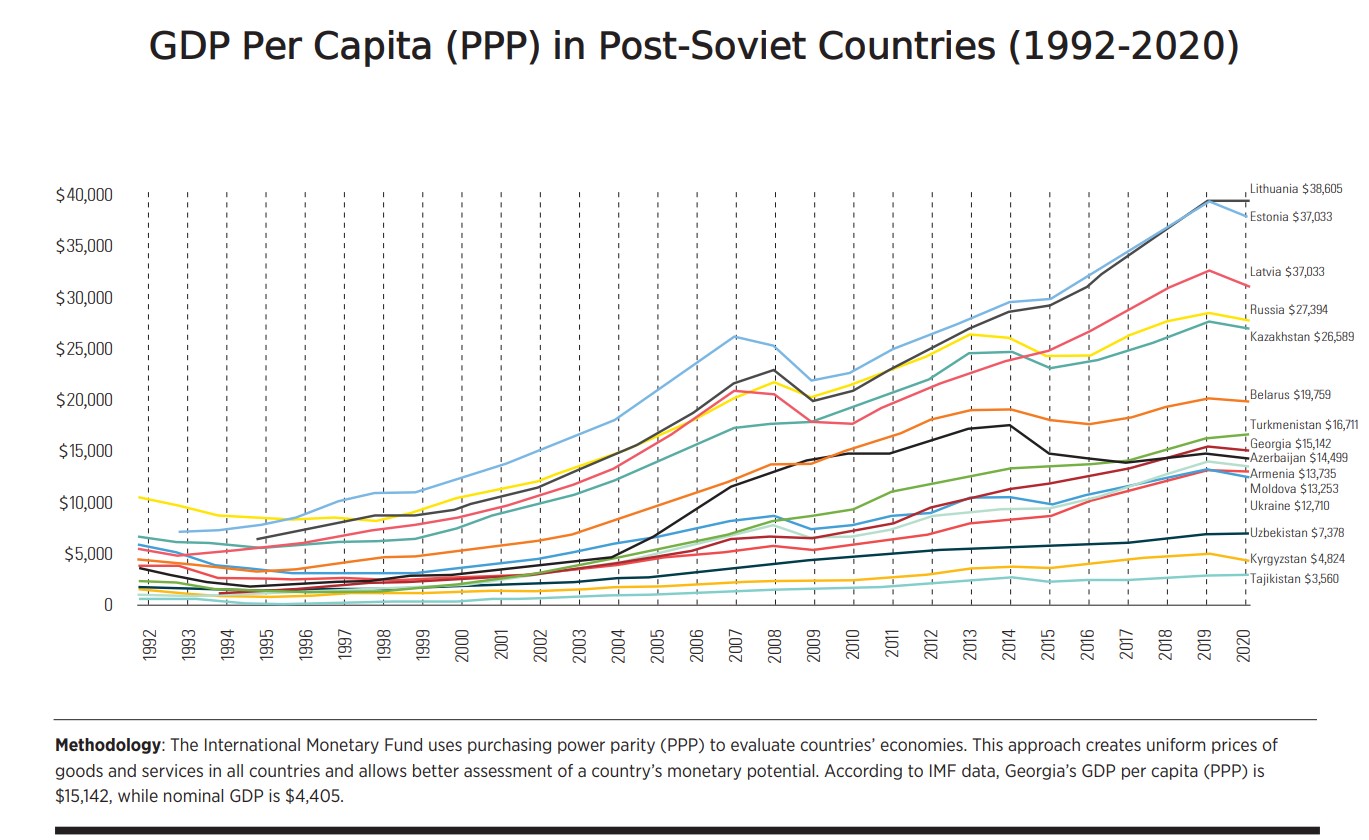