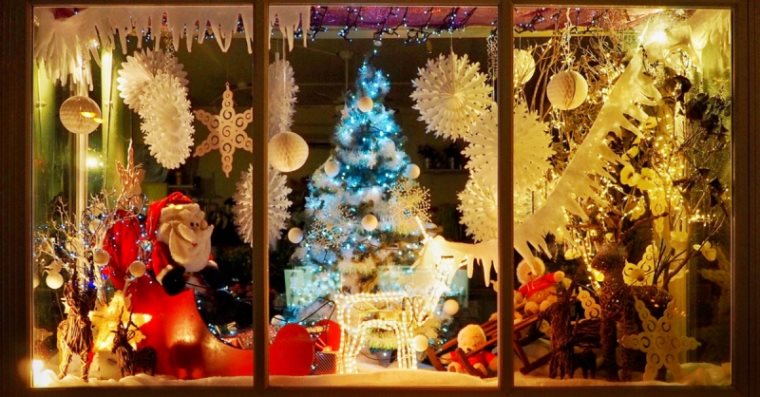 Whatever the true meaning of Christmas might be, we can all agree that it still includes family, trees, decorations, dinner, , and, of course, gifts. Well, convenient for us and lucky for retailers, almost everything from that list can be bought. So, I wasn’t surprised when walking into a grocery store a day after Thanksgiving I was met with Christmas decorations and Mariah Carey’s “all I want for Christmas is you” playing on repeat. It was Black Friday, the beginning of the most lucrative of festivities, the Christmas shopping season.

For the past few decades the Black Friday has been known as the day of great sales and the beginning of the Christmas shopping season. Every year, the day after thanksgiving when everybody is well stuffed with turkey and pumpkin pie, shoppers swarm the stores to catch all the great deals on merchandise that they would have never bought otherwise. It is indeed the best day for stores to offer big discounts as everyone has a day off – except for the store workers left to deal with the oncoming horde of overzealous shoppers. Ever since 2003 Black Friday has been the busiest shopping day in US except for 2004. This means that before 2003 people were trampling each other just because, as the actual busiest shopping days were more peaceful. Since 2006, there have 111 injuries and a few deaths associated with Black Friday shopping craze, but alas, those great deals require a sacrifice. (although probably not worth it.)

Allegedly, the term ‘Black Friday’ comes from stores going ‘into black’ – turning a profit, which honestly fits the holiday centered around consumerism. But the real origins of black Friday go far back to early 1960s, the previous time when people were worried about impending nuclear war, but that didn’t stop the shoppers then and is not stopping them now. At first ‘Black Friday’ referred to the day after thanksgiving due to worker absenteeism with workers calling in sick in order to get the four day weekend. Later the term came to use in Philadelphia. The police officers used it to refer to the terrible traffic conditions on Friday and Saturday after thanksgiving due to the shopping rush, so the term was in fact associated with shopping form the very beginning. The Philadelphia merchants tried to rename it to ‘Big Friday’ as they believed ‘Black Friday’ carried a negative connotation, but ‘Black Friday’ caught on and in the end the stores had to fabricate a story to make it more marketable.

Over 2017 thanksgiving weekend and cyber Monday, American consumers spent over staggering $19 billion online only. While Black Friday is mainly a US event, it has been replicated in several other countries such as Canada and UK but with much less casualties. In 2017 UK consumers spent about 3 billion pounds over the black Friday weekend.  While billions are spent during the black Friday weekend, it is simply the beginning of the Christmas shopping season, as everyone starts rushing to purchase gifts for every social circle that does secret Santa, friends, family, and some people who they aren’t too fond of but will be spending holidays with due to circumstances (sometimes these categories may overlap).

Americans like spending a lot of money during Christmas. This year  For the 2017 season Americans plan on spending on average $967 per shopper dollars just for the holidays, out of this the lion’s share of $608 for the gifts, and $218 on food and decorations. Surprisingly, around 40% started their Christmas shopping as early as October because nothing says Christmas like Halloween – at least according to Tim Burton. Interestingly, clothing and gift cards are also some of the most common gifts, and the least creative I might add. The total spending on gift cards alone for 2017 Christmas season is estimated at $27.6 billion. Overall, Americans spend over $795 billion during winter holiday season, $589 billion of which on gifts alone. Online sales are also expected to rise to $129 billion, up staggering 12% – at least a third of which is probably going to Amazon. On the other side of the pond Britons are expected to spend upwards of 78 billion. (although only 2.7% of the total 5% increase is the real growth). UK consumers intend to spend about 540 per shopper this Christmas, ahead of Europe’s average (390) and behind Spain (557) and US(725). Britons are also the most active online shoppers in Europe as they’re planning to spend 142% more on gifts and twice as much on food online compared the rest of Europe.

These staggering numbers show just how serious people are about their Christmas. But it is important to remember that no matter how much people spend, the holidays are about spending the time with friends and family and people want to make sure it goes perfectly.