The apartment rental average prices on Airbnb portal are decreasing in Tbilisi. According to a study by Cushman & Wakefield, a real estate service company, if the average price of one-day rent for whole housing in Q3 of 2016 was US $ 43 / per day, in Q1 of 2019 the price was reduced to US $ 32/per day.

By less variability is characterized, for example, the cost of a single room renting, which varies only seasonally and costs an average of US $ 25/per day. 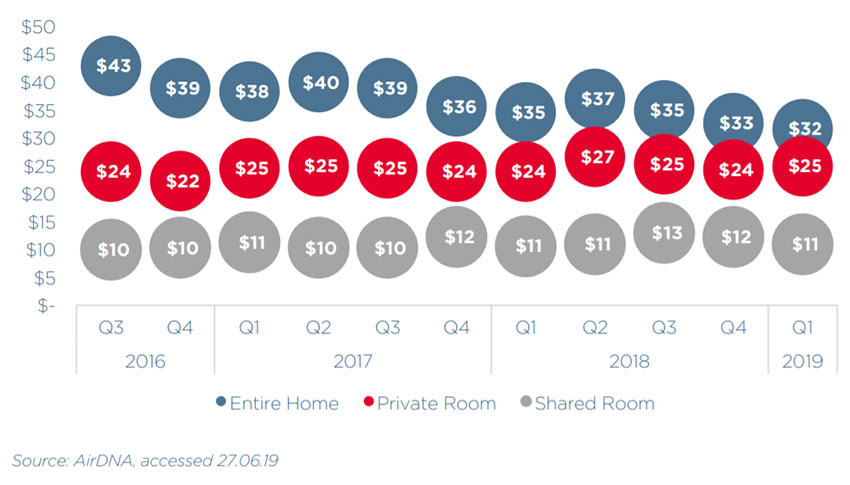 As for the earnings from renting an apartment on the portal, according to the survey, the average income in May 2019 was the US $ 45. Less than 25% of residents earned more than

According to the study, which analyzed 35 months of data, August 2018 was the most profitable month. In total, the revenue generated during the reporting period totaled the US $ 95.5 million.