As goes Amazon, so goes the fortune of Jeff Bezos. Overall it was a positive year for the e-commerce heavyweight’s stock. That kept its founder and CEO atop Forbes’ 2019 list of the World’s Billionaires for the second year in a row, with an eye-popping $131 billion fortune. That’s $19 billion more than a year ago.

Last year Bezos became the first person to top a Forbes billionaires list with a net worth of $100 billion or more. Though Amazon’s stock has fallen from its peak of $2,012 a share in August, the stock is still worth more than it was a year ago.

Bezos is one of just four people who’ve held the title of world’s richest in the past two decades. The others: Berkshire Hathaway CEO Warren Buffett was number one for one year, Carlos Slim Helu of Mexico held that title for 4 years, and Bill Gates was number one for 12 years between 2001 and 2017. If Gates had not given away $35.8 billion to his foundation, he’d still be number one this year—though just barely. 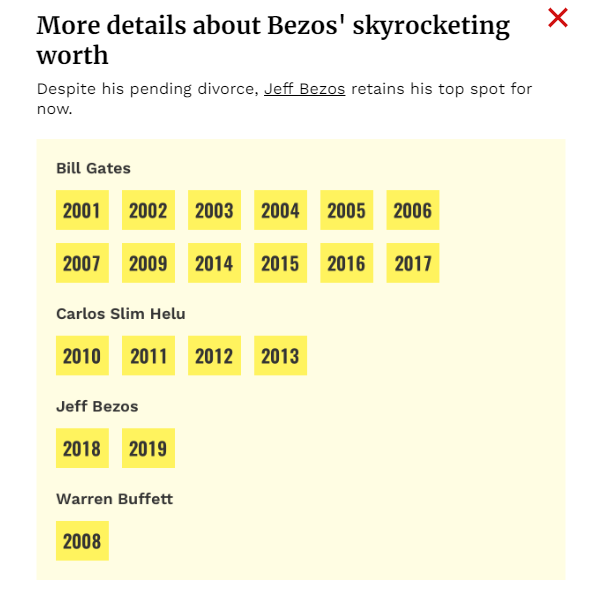 Magticom’s Open Letter to the Parliament of Georgia