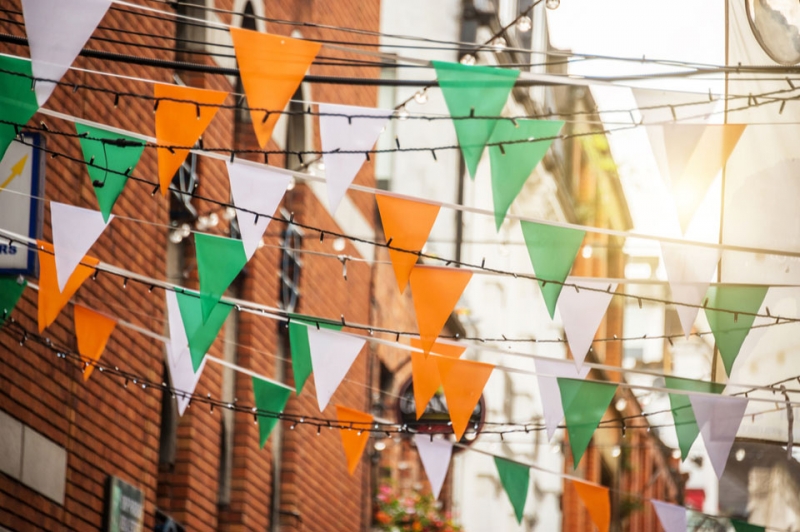 Ireland, which is the last country when leaving EU borders to the West-North and which is 9th smallest country in the EU by its population and 13th smallest by its area, is a home for more than 1000 multinational EMEA headquarters which makes Ireland the largest international company hub in the EU.

Irish economy is heavily relying on multinationals and the success for fast growing Irish economy is strongly correlated to the performance of the MNCs on the island, 85% of the Irish economy has been created by FDI. As the IDA (a semi-state organization that helps government to attract foreign direct investment) data from January 2018 shows the number of employed people by MNCs hits record high of 210 000 employees helping Ireland to draw the unemployment rate to 5.1% and increase its GDP to 333.7 billion USD making Ireland 4th largest country in the EU by GDP per capita. For six years in the row Ireland has been on the top of the list for attracting the high value FDI, according to IBM 2017 Global Locations Trend report. There are number of reasons that make Ireland so attractive for multinationals and one of the main reasons is the Irish tax system.

According to the “Paying taxes 2015” report Ireland has the 4st lowest taxes system in the world, with a corporate tax of 12.5% and only12.1% for employee/labor taxes, profit taxes of 12.4% and other taxes of 1.2% making it total 25.9% going to taxes. Compared to Germany where it is 48.8% and to France where the percentage is almost three times higher than in Ireland 66.8%. Ireland is not only the world leader with the lowest tax rates but also the level of bureaucracy concerning taxes is nearly eliminated. Ireland is on the 1st place in Europe and on the 6th in the world with the ease of paying taxes. Meaning that companies spend the least number of hours dealing with tax papers and pay the smallest number of taxes per year. As an example, to compare Ireland to Germany, an Irish based company only spends 80 hours complying with tax administration where in Germany the company spends 126 hours. A company in Ireland only has to make 9 tax payments per year while the average for the European countries is 12 payments.

Irish government provides number of initiatives to encourage entrepreneurship in the country. Government gives the full exception on corporate tax for three years for small enterprises with a profit of 40 000 euros and a marginal relive for the medium size enterprises with the yearly profit ranging from 40 to 60 thousand euros.  Entrepreneurs granted a tax break are more encouraged to expand their business and thus increase the number of employees by the company. Today SMEs make 99.8% of Ireland’s enterprises and generate 70.9% of the Irish employee market.

To further encourage multinationals to establish in Ireland and to strengthen its competitive advantage against other European Union countries, all the companies that are producing in Ireland and exporting more than 75% of goods and services to the EU or non EU countries are granted redemption to purchase all the products and services necessary for production at 0% VAT rate. This initiative attracts many companies to open EMEA headquarters in Ireland.

In recent years Ireland has developed special tax schemes for companies involved in R&D. Ireland has introduced refundable corporation tax credit of 25% and a tax deduction of 12.5% for incremental qualifying R&D expenditures. This means that companies undertaking qualifying R&D can claim a refund from the Revenue of €37.50 for every €100 worth of R&D expenditure. So, effectively, the R&D tax credit reduces the real cost of R&D by up to 37.5%. The tax facilities provided by the government encourages research and development in the country, Ireland ranks 10th out of 127 countries according to Global Innovation Index 2017.The encouragement of R&D reflects in the quality of scientific research making Ireland the 10th best in the world and therefore attracts world’s leading 24 bio technological and pharmaceutical companies.

The investment friendly tax system is one of the few factors that helps Ireland to be the leading country in attracting largest FDI. The ongoing talks in the European Parliament about introducing a standardized corporate tax rate and to oblige multinationals based in Ireland to account for a tax regime as in the other European countries, would not discourage MNCs from investing in Ireland. According to IMD World Competitiveness Yearbook (WCY) Ireland is the 2nd most competitive economy in the EU, the 6th most competitive economy in the world, the 3rd best economy in the world for business efficiency. The geographical location, skilled labor force, the fluency in English language are among the other key determinant factors that multinationals consider as attractive factors to invest in Ireland.